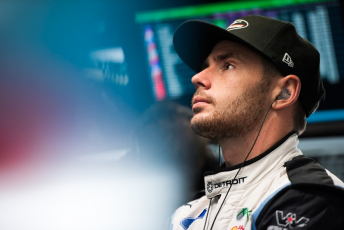 A last minute change of FIA seedings for V8 Supercars drivers has forced Scott Pye out of his Bathurst 12 Hour ride with Maranello Motorsport.

Following ongoing angst among teams and drivers over previously announced classifications, the FIA has now moved to upgrade V8 Supercars full-timers to Gold rankings ahead of the February 5-7 event.

Formally adopting the FIA classifications for the first time this year, Bathurst’s rules stipulate a maximum of two seeded drivers (of either Gold or Platinum FIA rating) per car.

The remainder of each car’s line-up is required to be unseeded (Silver or Bronze), leaving the previous split between Gold and Silver V8 drivers as a critical factor in securing a seat.

While finishing in the top three of the V8 Supercars Championship is a stated requirement for Gold status, the FIA reserves the right to adjust drivers between the gradings at its discretion.

Pye was due to slot in as a Silver alongside Mika Salo (Platinum), Toni Vilander (Platinum) and Tony D’Alberto (Silver) at Maranello, which is now searching for a replacement driver.

While no other previously announced line-ups are affected by the latest changes, teams such as Nissan are known to have waited on locking down their drivers while the situation was being evaluated.

Nissan’s Michael Caruso also had his status changed from Silver to Gold as part of the latest list ratified on January 15 and, despite testing a GT3 GT-R in Japan late last year, was notably left out of the squad’s line-up confirmed on Tuesday.

Nick Percat (Rullo Lamborghini) and Tim Slade (Walls McLaren) were too upgraded from Silver to Gold, but keep their rides on the basis that their respective cars remain below the two seeded driver limit.

Chaz Mostert and Lee Holdsworth had meanwhile been given Silver ratings as recently as this month while they searched for late seats, before being reclassified just days later. 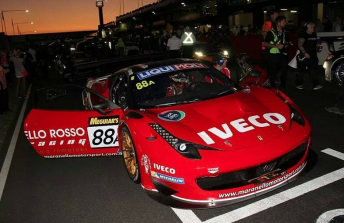 Despite the Bathurst rules stating that the FIA seedings would be taken as at or before December 1, Maranello Motorsport boss Mark Coffey says that he has not disputed the late change.

“Part of the endurance game around the world is to find the right balance of drivers and seeing Scott as Silver was a good get at the time,” Coffey told Speedcafe.com.

“But I think you’ve got to be fair and understand that a full-time V8 Supercar driver should be ranked as a Gold.

“I’d like to see that race run on a competitive level playing field and I don’t want people to think that we’ve tricked the system.

“I didn’t hesitate to agree that he should be Gold.”

A local driver is expected to fill Pye’s seat, with the Silver rated Grant Denyer – who drove for the team in the Australian GT Championship last year – tipped as a likely candidate.

Maranello’s Ferrari has been on track today at Phillip Island with D’Alberto behind the wheel as part of the squad’s preparations for Bathurst.

Erebus Motorsport remains the only local Class A team yet to reveal its full line-up, which will be spearheaded by new V8 Supercars recruit David Reynolds.

McLaughlin had been one of the most vocal opponents of the previous Silver/Gold split among V8 Supercars drivers, publicly Tweeting to the FIA about the situation earlier this month.

The seeding issue is another chapter in the saga of V8 Supercars drivers and the 12 Hour after all full-timers were barred from competing last year due to a clashing test day for the touring car category.

V8 Supercars has since taken over the running of the event from former promoter James O’Brien, operating it as part of its Supercars Events business.

Scott McLaughlin vented his frustration to the FIA via Twitter