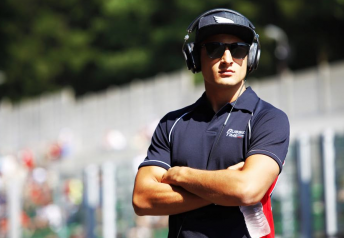 Mitch Evans’ place on the 2016 GP2 Series grid has been confirmed, with Campos Racing announcing the Kiwi as part of an all-new line-up.

The 21-year-old’s fourth GP2 season will see him paired with Indonesian driver Sean Gelael, who competed in 10 races last season with Carlin.

Gelael brings major backing to the team through KFC’s Indonesian arm Jagonya Ayam, which will serve as the squad’s new title sponsor.

Evans finished fifth in last year’s GP2 Series despite a trying season with the Russian Time squad that saw him fail to even start two of the first five races.

Initially expecting to be out of the category following a major shake-up at Russian Time, Evans recently told Speedcafe.com that he is ready to return to the competitive class.

“I have got a lot of experience in the championship but that only counts for so much as we saw last year,” said Evans, who has four career GP2 race wins.

“If the car isn’t in its window then you are just making up the numbers.

“It will be a case of putting a year together and making sure I have got something underneath me that can fight for podiums and wins.”

Evans is also aiming to return to the Le Mans 24 Hours, having taken a second place in the LMP2 class with Jota Sport on debut last year.