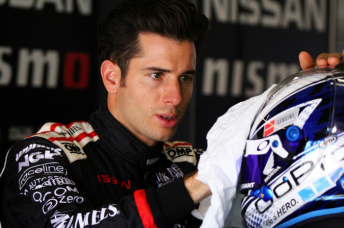 Nissan V8 Supercars star Rick Kelly will return to the Bathurst 12 Hours next month as part of the Japanese marque’s three-driver line-up.

Kelly is set to join reigning winners Katsumasa Chiyo and Florian Strauss in the Nismo outfit’s single-car attack on the February 5-7 event.

Melbourne-based Kelly drove in the team’s ill-fated 2014 campaign but missed out last year due to the event’s clash with V8 Supercars’ pre-season test.

Chiyo, Strauss and Wolfgang Reip co-dove the GT-R to victory in a race which saw Chiyo spectacularly blast his way past two rivals following the final restart.

Nissan Australia CEO Richard Emery says the company has its sights set firmly on another win this year, where it will campaign a brand new car recently purchased by his division.

“The combination of Rick, Chiyo-san and Florian gives us a very strong line-up for our Bathurst 12 Hour title defence,” said Emery.

“We had very accomplished drivers from all over the Nissan world keen to race our new Nissan GT-R NISMO GT3 at Bathurst.

“In the end, we are pleased to be giving Rick a second chance to race in the Bathurst 12 Hour, alongside Chiyo-san, who had an outstanding season in 2015, and Florian, who did the GT Academy program proud with last year’s win. 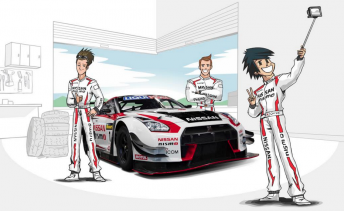 “The 2015 Bathurst 12 Hour victory was a momentous occasion for Nissan and NISMO.

“Our aim is to repeat the success of 1991 and 1992 and give the GT-R back-to-back Bathurst wins, but that will be a tough task given the very high level of competition in this year’s race.”

Still raving about his experience in the GT-R from two years ago, the 33-year-old Kelly is looking forward to rejoining the GT3 field.

“I was so pleased for Nissan to win, but it was tough to watch as opposed to being a part of it,” said Kelly.

“So I’m really happy to be coming back to reunite with the Nismo team, with Chiyo-san, Florian and the Nissan GT-R Nismo GT3.

“That car is just amazing to drive, especially around Bathurst, where it is unbelievable.

“The Bathurst 12 Hour continues to grow from strength to strength, so I know the competition will be fierce, with lots of strong cars and teams and a great mix of local and international drivers.

“I think we can be right up the front but Bathurst usually puts on crazy racing so the idea will be to play it smart and be in the mix come the last hour of the race.”

While not among the drivers, Australia’s GT Academy winner Matt Simmons will be on hand at the event as part of the crew ahead of his assault on the Blancpain Endurance Series.

Next Story Motorcycle accident rules Lowndes out of B12H