Tim Edwards says it will be a ‘calmer’ Prodrive in 2016

Prodrive Racing Australia has moved to fill the gap left in its engineering line-up by the departure of Adam de Borre as it prepares for the new V8 Supercars season.

Hogan replaces De Borre in Prodrive’s stable of race engineers after the latter elected to take a part-time role at DJR Team Penske amid a move to spend more time with his young family.

Although Prodrive’s pairings are yet to be confirmed, it is understood that Hogan will link with reigning Dunlop Series winner Cameron Waters, whose deal to step into the main series is set to be announced next month.

Former engineer to David Reynolds, Brad Wischusen, appears likely to be paired with Mostert, leaving Jason Gray and Dilan Talabani to continue on the Winterbottom and Super Black cars respectively.

Welcoming Hogan to the team, Prodrive team principal Tim Edwards says that there’s no bad blood lingering with De Borre or fellow Ford team DJR Team Penske, to which it is a parts supplier.

“We had the opportunity to have Adam stay as a part-time weekend warrior, but that didn’t work for this business,” Edwards told Speedcafe.com. 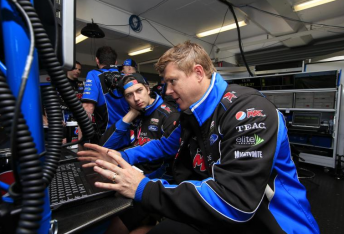 Adam de Borre has departed for a role at DJRTP

“If they’re happy that it works for them, good luck to them.

“He made a life decision to move back to Merimbula (on New South Wales’ Far South Coast) for his family and you’ve got to credit him for that.

“Brendan was someone that we’d spoken to before and it’s great that we now have him on board. I think he’ll be a really positive addition to the group,” he added.

“He has already started with us, but we’re still finalising which engineers and mechanics go on which cars.”

Edwards meanwhile says there is no doubting the hunger of his team to repeat or even better its success of 2015, where Mark Winterbottom broke through for a long awaited drivers’ title.

“The reality is that we’ve got the bogey off our back now,” he said.

“If it’s anything like Bathurst was, once we got that first one done (2013) the approach the subsequent two years was very different. It was certainly a bit calmer.

“Once you’ve achieved it, you don’t go into the next year with ‘is this going to be the year?’ hanging over your heads.

“From everybody’s point of view, it’s a calmer place to be not having that in the back of your mind.” 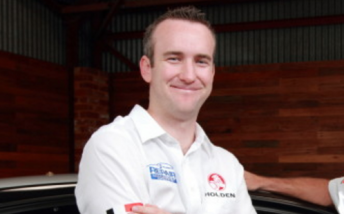 Although Winterbottom held on for the drivers’ title, a storming second half of the season from Red Bull Racing Australia – combined with Mostert’s absence – enabled the Holden squad steal the teams’ title.

The dramatic turnaround in form saw Prodrive win one race to Red Bull’s eight in the last five events, arguably leaving the Holden squad as favourites heading into the new year.

“We still had very good car speed at the end of the year,” counters Edwards when asked of the form heading into 2016.

“We still had Frosty (Winterbottom) qualifying up the front, it’s just that we only effectively had one car racing their two cars.

“We’ve got things that we are working to improve on our car, no different to anyone else. I’m not concerned.”

Prodrive has expanded its V8 Supercars effort this year, adding a second car for its new Dunlop Series line-up of Jack Le Brocq and Garry Jacobson.

Mostert will receive a new chassis for the start of the season, which he will debut upon his return to the wheel at a Winton test in late February.