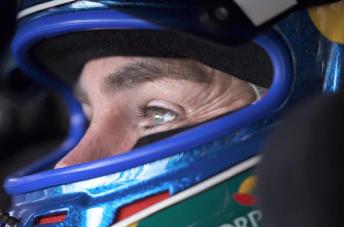 Craig Lowndes has been forced to withdraw from the Bathurst 12 Hour after sustaining a broken collarbone in a motorcycle accident.

The injury occurred while Lowndes was riding with family and friends on Sunday and will require surgery later this week.

A Red Bull Racing Australia statement confirmed that Lowndes will now miss the February 5-7 12 Hour, in which he had been scheduled to compete alongside Garth Tander and Steve McLaughlan aboard an Audi R8.

“He will undergo surgery, speeding up the recovery process to ensure he is fully fit for the up-coming V8 Supercars Championship season which will begin with testing in late February when he will steer his brand new Holden Commodore for the first time,” read the statement.

“However, Craig will be unable to participate as planned in the Bathurst 12 Hour event in several weeks’ time in order to maximise his rest and recovery.”

Lowndes said he is disappointed at not being able to return to the event in which he won two years ago with Maranello Motorsport.

The veteran was one of several V8 Supercars stars to miss out on competing last year due to the controversial test day clash.

“Obviously I’m very disappointed to be missing the (Bathurst) 12 Hour but my focus is on being fully recovered and ready to go for the V8 Supercar season, which I am on course to do,” he said.

The Audi that Lowndes was scheduled to race at Bathurst is on track at Phillip Island today in preparation for the event.

Team principal Troy Russell says that the search has started for a replacement driver.

“We’re obviously disappointed that we won’t be able to have Craig’s huge talent and experience in the Jamec-Pem Racing Audi R8 this February, but his recovery is clearly the priority,” said Russell.

“We’re working on securing a suitable replacement that will ensure that entry remains extremely competitive. The process is already underway and we hope to announce the new driver soon.

“We’re wishing Craig all the best in his recovery.”

The first competitive event of the season is the Clipsal 500 Adelaide from March 3-6.

Next Story Chaz Mostert’s road to recovery on track