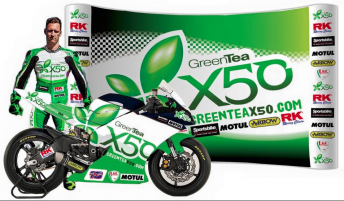 Set to turn 22 on the eve of the February 26-28 meeting, Jones says he’s eager to see how he fares against the world’s best.

“Obviously to race in the World Superbike paddock is a dream of mine, so to make that a reality is certainly very cool and I’m looking forward to the opportunity – hopefully we can get a good result,” he said.

“I feel that it is a good step to compare the level that you are at with the world’s best.”

The 25-year-old Metcher brings a wealth of European racing experience to his ride, while youngsters Burns (21) and Levy (19) are eager to learn all they can from the Island foray.

“It’s been a long time coming and there has been a lot of ups and downs to get there, but it’s a dream come true for me and it is what I’ve always wanted to do,” Burns said.

“I want to finish as high up as I can; the goal is to run right up at the front and hopefully get a full-time ride in Supersport and go from there.”

Veteran Anthony West’s career has included victories in MotoGP’s second division and rides in the premier class as recently as last year.

The Phillip Island entry has been put together locally with backing from team company X50 and, according to West, has the potential to surprise the front-runners.

“I think it will be a good thing,” said West.

“It’s more or less trying to work for 2017 and trying to keep my name out there and keeping the good results up, and I think in the World Supersport it gives us the best chance to have a good result.”