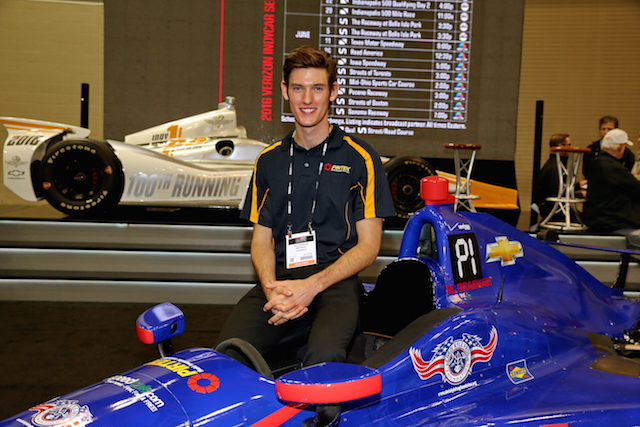 Matthew Brabham has returned to the United States to commence preparations for his widely anticipated Indianapolis 500 debut on May 29.

After spending Christmas and the New Year with family in Brisbane and the Gold Coast, the 21-year-old will spend time with the KV Racing outfit which will field his Pirtek Team Murray entry.

The deal, which also includes the Angie’s List Grand Prix on the Indianapolis road course in early May, will see Brabham make his IndyCar debut.

Plans were being swung into action for Brabham to spend valuable time in the highly advanced simulator at the 9500m2 Dallara IndyCar factory in Indianapolis before any likely on-track testing.

Dallara installed the simulator midway through 2014 which has since been heavily utilised by IndyCar and Indy Lights squads.

The sim uses 180 degree video screens where tracks are laser-scanned with real-time driver-in-the-loop controls and a Dolby Surround 5.1 sound system. 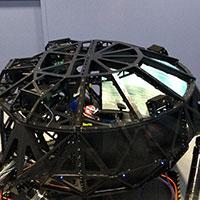 Brabham was fortunate enough to be chosen to help Dallara out early last year and use the simulator for a documentary series on the system’s technology levels.

“The Dallara simulator is probably the best in the US,” Brabham told Speedcafe.com

“IndyCar teams have been using it getting their base set-ups sorted before they get to the tracks as well as learning tracks too.

“I was quite lucky because Dallara used me to try it out earlier last year and did some filming for a documentary series they were doing on the technical side of it.

“So I drove an IndyCar at the speedway a couple of times in the sim.

“With the Team Murray stuff the plan is to do a couple of test days with all the KV engineers on the Dallara simulator.

“So I’m really looking forward to that and it will be a good way to get to know the guys as well.

“We will be able to try some things and build a relationship with all the engineers as well.”

No firm dates have been set but it is expected that it may co-incide with whatever sim plans it may have with KV Racing’s solo full IndyCar season entry for Sebastien Bourdais.

The birth of the Australian-founded Team Murray headed by Speedcafe.com owner Brett Murray was announced in early December.

Brabham follows in the footsteps of his illustrious grandfather Sir Jack Brabham and father Geoff Brabham to race at the Brickyard.

Only two other racing dynasties, the Vukovich and Andretti families, have fielded three generations of drivers to compete at the Indy 500.