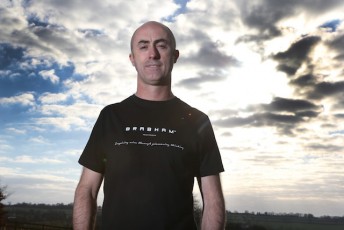 Announcing the appointment at the Autosport International show in England, Rinland joins the innovative Project Brabham concept that aims to revive one of the most evocative names in world motorsport.

Rinland arrives with a career that saw him spend two decades in Formula 1 when he had spells at Williams, Benetton, Sauber, Arrows and was Brabham’s last chief designer before the team folded more than 20 years ago.

“His (Rinland’s) role will help determine the technical landscape and future technologies that represent our brand DNA, encompassing pioneering thinking, inspired engineering and innovation, as we plan for Brabham Racing’s return via the FIA World Endurance Championship,” Brabham said.

“Sergio and I worked together in F1 at Brabham and again at Le Mans in the Team Modena Aston Martin.” Project Brabham is a bold and fresh concept which is using an interactive digital platform to create a multi-million dollar business model.

“Sergio’s expertise across new technologies and education makes him the ideal person to support the Brabham Racing team and inspire future engineers through Brabham-Digital, our knowledge sharing and e-learning platform,” Brabham explained.

Rinland is excited about the direction the squad is taking as it aims to change the shape of how a team is constructed.

“It is a pleasure to accompany David on his journey to re-establish Brabham as a household name in motorsport, a name very close to my heart as its last Chief Designer in Formula 1,” Rinland said.

“I share with David his vision of where motorsport should be heading, from both the technical and business points of view.”

The planned return of the legendary Brabham Racing outfit as an open and transparent team will drive digital content to provide unique motorsport experiences and inspired learning, taking consumer-to-brand engagement to a new level.

The world’s first online motorsport content, subscription based model, Brabham-Digital, became the world’s largest successful sports crowdfunding campaign of its time when it was announced in late 2014.

It now boasts a community of members from 64 countries who have signed up for the experiential activities that will lead the way in modern motorsport.