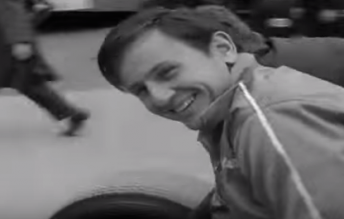 The makers of a biopic featuring New Zealand icon Bruce McLaren have put out a public plea to locate home movies, photographs or audio visual recordings of the late champion.

Donaldson, whose movies include, The World’s Fastest Indian, The Bank Job and Cocktail among many others, is keen to obtain any audio visual material of McLaren.

It is hoped the producers can unearth more treasures that will help boost the impact and authenticity of the documentary.

McLaren is produced by Matthew Metcalfe (Beyond The Edge, The Dead Lands) through his company General Film Corporation and Fraser Brown (Orphans & Kingdoms).

Investors for the project include the New Zealand Film Commission, Images & Sound and The Giltrap Group.

It is 50 years since McLaren teamed up with fellow Kiwi and F1 racer Chris Amon to win the Le Mans 24 Hour race in a Ford GT40 MkII.

McLaren was killed in a testing accident at Goodwood at the age of 32 in 1970.