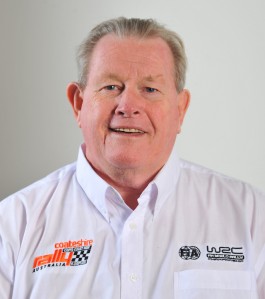 Wayne Kenny has been appointed Clerk of Course for Rally Australia, replacing the experienced Adrian Stafford.

Rally Australia moves to the final round of the World Rally Championship this year when it is staged at Coffs Harbour from November 17-20.

Organisers of the Coffs Coast WRC event have made four new sporting appointments.

Kenny will lead a team of around 1500 staff and volunteer officials and will undertake the role in addition to his current position as Senior Executive Officer at the rally’s Coffs Harbour office.

Stafford, who was Clerk of Course in 2013, 2014 and 2015 and has worked on 22 Rally Australia events, will become Sporting Director and liaison with WRC teams planning to compete in the Coffs Coast round.

He will be fully involved in the development of the rally course and the event itinerary for 2016.

“Wayne Kenny has many years’ experience as a successful rally organiser and will handle the sporting management of Rally Australia with outstanding competence,” Rally Australia chairman Ben Rainsford said.

“He takes over from literally one of the world’s top motorsport officials.

“In 2014 Adrian Stafford was named the Federation Internationale de l’Automobile’s Outstanding Official of the Year.”

Rally Australia celebrates its 25th running this year although the 1988 inaugural event was not a WRC round and 1994 hosted only the 2-Litre World Cup.