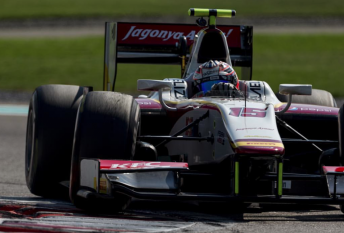 Mitch Evans is edging closer to confirming plans to remain in GP2 for what will be his fourth season in the category.

The New Zealander had considered a switch away from single seaters after a difficult 2015 campaign in the Formula 1 feeder series, but with opportunities limited he is now gearing up for another tilt at the title.

Evans’ hopes of the crown were dashed by the halfway mark following a series of struggles at a Russian Time outfit operating under new management.

The extent of the situation saw the 21-year-old enlist the services of his former engineer, which resulted in six podiums in the final nine races including two wins.

While his 2016 destination is hoped to be confirmed by the end of the month, he has been linked to Campos Racing as he aims to bounce back this season.

“I will be working hard with whoever I am with to try and make sure I’m as competitive as I was at the end of last season,” Evans told Speedcafe.com.

“It will be a tough year regardless. I have got a lot of experience in the championship but that only counts for so much as we saw last year.

“If the car isn’t in its window then you are just making up the numbers. It will be a case of putting a year together and making sure I have got something underneath me that can fight for podiums and wins.

“I’m absolutely gutted with how it went (last year). Unfortunately it was out of my hands as the team operating Russian Time had changed over. It just didn’t work out.”

While GP2 appears to be his main focus for 2016, the Kiwi is keen to compete in sportscars following his impressive debut in the discipline last year. 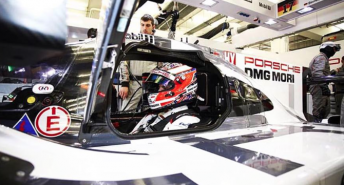 Mitch Evans behind the wheel of the Porsche 919 at Bahrain

Evans joined JOTA Sport in an LMP2 entry at the Le Mans 24 Hours which resulted in a second place in class alongside Brits Oliver Turvey and Simon Dolan.

However, the event is currently facing a clash with GP2 which will be on the support bill at the European Grand Prix at Baku from June 17-19.

“I’d love to do Le Mans again. I have got opportunities but it is just a case of whether I will be able to,” he added.

“I was able to impress them which was great,” added Evans.

“I couldn’t have asked for it to go any better.

“They were looking for someone to replace Nico Hulkenberg in third car but then there was the bombshell that they will be cancelling the car which is a huge shame.

“The only positive to come out of it is that the project is still going.”