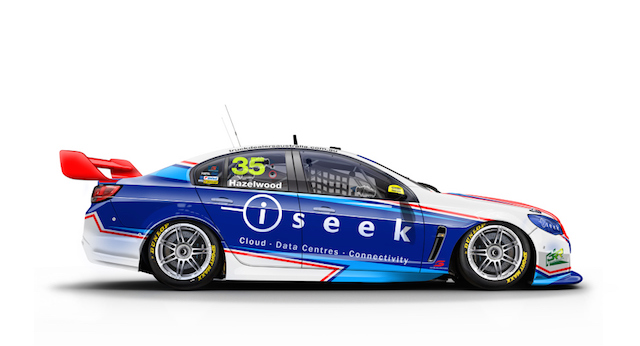 Todd Hazelwood will continue with Matt Stone Racing for a third year in the V8 Supercars Dunlop Development Series this season.

Hazelwood will campaign the ex Tekno Autosports Holden which was driven to great success by Shane van Gisbergen in the main game.

The 2014 Mike Kable Young Gun will also make the move from Adelaide to Brisbane to maintain closer ties with the team and sponsors in the iseek Communications-backed entry that has also seen new partnerships struck with Truck Dealers Australia.

“(I’m) super excited to be racing with the fantastic team at Matt Stone Racing with the support from my long-term partner iseek Communications in 2016,” Hazelwood enthused.

“We have achieved a lot throughout the last two years together and I look forward to what the future holds for us.”

“We have spent a great amount of time achieving this partnership and I believe we now have all the right ingredients to compete at the highest level in the Dunlop Series for 2016.

“Being my third year in the series it is vital that I make the most of this opportunity and succeed at every event.

“It’s no secret we have taken on a huge challenge working with a COTF for the first time, but we are determined and motivated to achieve.

Team boss Stone says working with a Triple Eight-built Car of the Future chassis for the first time will provide the whole squad with a fresh challenge.

“This will be our first time working with a COTF and Triple Eight chassis after a long period of utilising ex-Stone Brothers chassis and data,” Stone said.

“This is an exciting challenge for Todd, our engineers and mechanics but we believe we are prepared and ready to achieve.