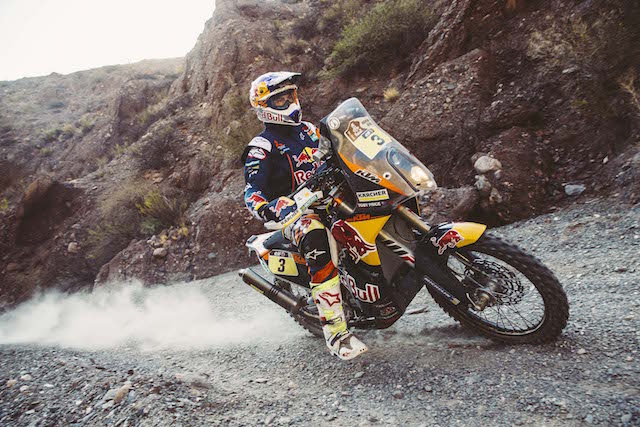 Coming through the 394km run from Salta to Belen that marked the first true navigation test of the rally, Price turned a 3:12s deficit into a 2:05s lead, switching positions with Paulo Goncalves.

Price still spotted Goncalves almost a minute at the first checkpoint before he put in a flawless ride through the dunes to take control.

“We still made a couple of little errors in there,” Price reflected.

“I think we got a little bit lucky on a couple of caps. When we got to the end the way point opened for me and I was all good to go.

“If I’d had to lead out a stage like that I think it would’ve been pretty good. It’s been a good day.”

Goncalves suffered major setbacks though when a crash damaged his navigation instruments through the challenging stage.

Stefan Svitko has moved into third but is more than 14 minutes behind the New South Welshman. 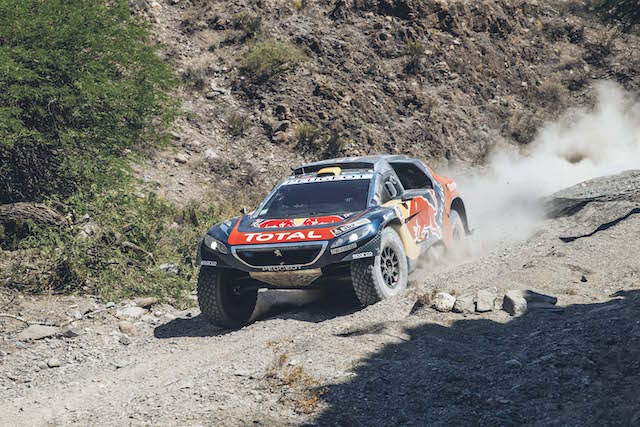 There was high drama in the cars with WRC superstar Sebastien Loeb rolling his Peugeot and consequently tumbling out of the lead.

Stephane Peterhansel has taken the lead from Carlos Sainz with Loeb down to eighth overall and now more than an hour behind.

Nasser Al Attiyah scored the stage victory in his Mini, the first stage not to be won by Peugeot.

The 11-times winner Peterhansel explained that Loeb came to grief just over 20km from the finish when he hit a large hole.

“At a large river, with the speed at around 120km/h, there was a big hole and he crashed into the hole and rolled,” Peterhansel said.

“I don’t know how many rolls, but he was okay, he was out of the car and told us it was okay and we could go.

“We have lost one car, so it’s less comfortable than before”. 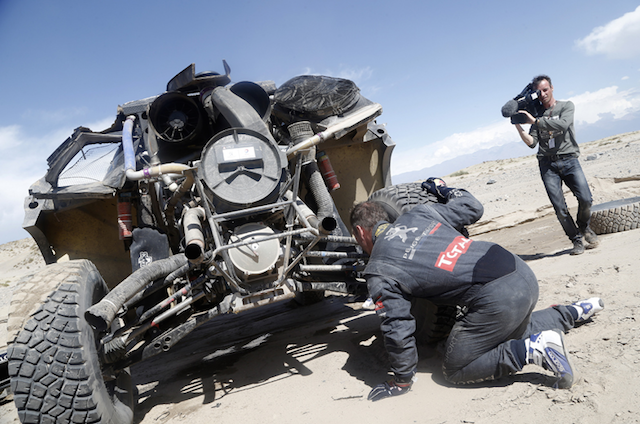