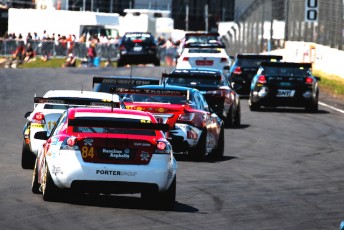 The New Zealand Touring Car Championship, which late last year amalgamated the SuperTourer and TLX machines, has ordered rear aero adjustments ahead of the fourth round at Ruapuna.

After undergoing an evaluation during tests at Hampton Downs, organisers were moved to deck out the TLX Class 1 cars with the SuperTourer rear wing. 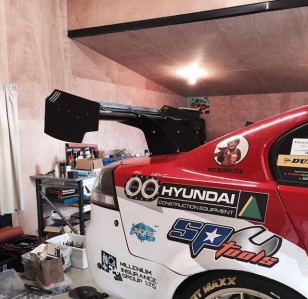 “We see this adjustment as a cost effective and simple step to bring the cars closer together,” Lathrope said.

The decision follows an exercise where Andre Heimgartner put a TLX-spec Commodore, fitted with its standard wing before being replaced with the SuperTourer wing, through its paces at the north Waikato circuit.

According to the test the SuperTourer wing showed ‘substantial improvement under braking, corner and exit speeds and significantly improved the lap times of the TLX Holden by .8s’.