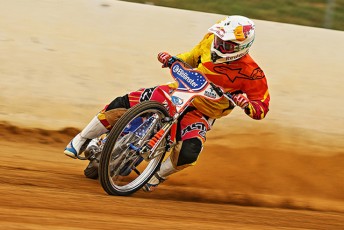 Former team-mates Jason Crump and Joonas Kylmakorpi are confirmed for the Legends class in the Troy Bayliss Classic at Taree on Saturday.

“Joonas and I started racing against each other about 16-17 years ago,” Crump, a triple Speedway GP World Champion said.

“I have a lot of respect for him, we enjoyed a friendly rivalry and raced hard but we always had time for each other off the track.

“We raced against each other in quite a few Grand Prix races and we were also in the same speedway teams together.”

“Last weekend at Kempsey was the first time we had seen each other since 2012, it is great to have Joonas in Australia for this event.” 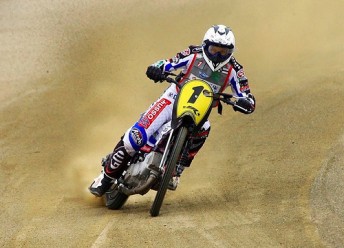 Kylmakorpi, a four-times flat-track World Champion, arrived in Australia late last week and spent the weekend testing at Kempsey’s Greenhills Speedway along with Crump and other competitors.

“Dirt track is a big part of my off-season preparations as it is the closest discipline to speedway,” Kylmakorpi said.

“The Troy Bayliss Classic is going to be challenging as it has left and right-hand corners, plus I had to learn to ride a bike with a front brake.