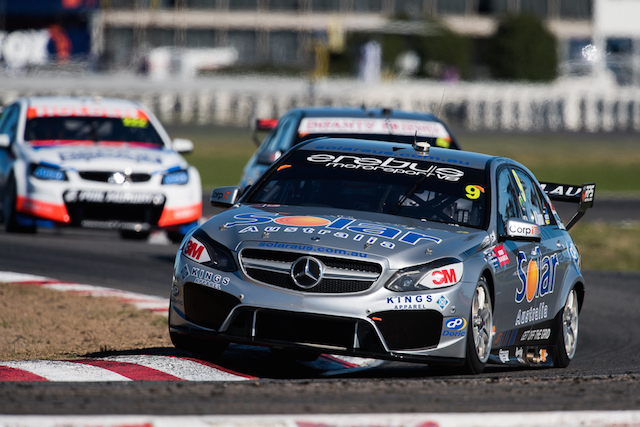 Russell has performed excellently in the feeder Dunlop Series and V8 Ute Racing category, making the most of limited opportunities.

The 24-year-old along with brother Drew did a superb job finishing on the lead lap and in 17th position in a privateer entry at Bathurst last year.

“This is an amazing opportunity, it still feels surreal,” Russell said.

“It really makes all of the hard work and sacrifices we have made as a family over the years worthwhile.”

As a rookie heading into the 2016 season, he is realistic about his expectations.

“It will be a year of learning for me,” he said.

“Racing at the Bathurst 1000 last year was an eye opening experience.

“I can’t thank Plus Fitness and Tony Klein from the Dragon Corporation enough for their loyalty and continued support.”

“Having Aaren join us this year will be fantastic,” said Klimenko.

“He comes from a family-based motorsport business and it’s wonderful to see his whole family involved.

“Supercars is about family, fun, and of course, racing to win!

“We look forward to helping Aaren achieve his goals.”

Erebus is still yet to show its hand on whether it will ditch the Mercedes body shells in favour of what has been anticipated as Walkinshaw customer Holdens for 2016.

The team goes into 2016 with David Reynolds as its spearhead driver after Will Davison’s departure to Tekno.