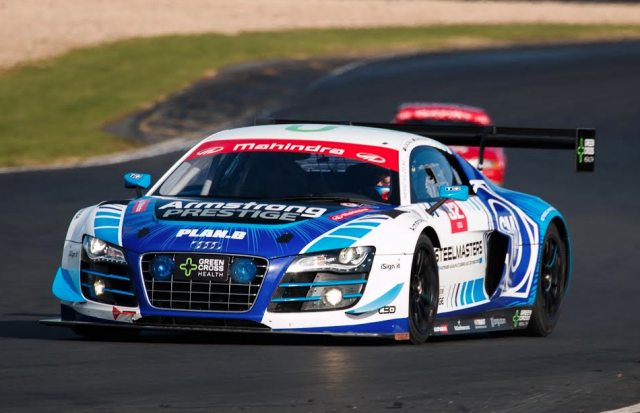 International Motorsport has confirmed its drivers for the Bathurst 12 Hour. pic: Simon Chapman

Auckland-based International Motorsport has named its driver roster for the Liqui Moly Bathurst 12 Hour from February 5-7.

The trio will handle an Audi R8 GT3 in the hotly contested Class A component of the endurance event.

International Motorsport will rekindle its association with the Mount Panorama circuit after a long hiatus.

The team was successful in a controversial Super Touring Bathurst 1000 in 1997, winning with the less fancied BMW piloted by Geoff and David Brabham after its sister 320i driven by Paul Morris and Craig Baird was disqualified from provisionally winning for breaching driver time limit rules.

“We are elated to be returning to Bathurst,” team principal Lyall Williamson said.

“It’s been a long time in the making, we’ve got fond memories of competing at Mount Panorama in years gone by especially winning the Bathurst 1000 in 1997 and the Audi R8’s are a magnificent platform to be returning to Australia with.”

The Audi underwent extensive testing at New Zealand’s North Island circuit at Taupo prior to the Christmas break.

Halliday, who has raced a variety of machinery and is an experienced hand at the mountain track, is looking forward to campaigning the R8.

“I am really excited to be joining old friends at International Motorsport on one of my favourite tracks, in a car I know inside-and-out. It’s great to be flying the Kiwi flag again at Bathurst”, Halliday said.

International Motorsport was born in the early 1960’s by Williamson and the late F1 world champion Denny Hulme.

Next Story Penrite to back Reynolds Erebus machine