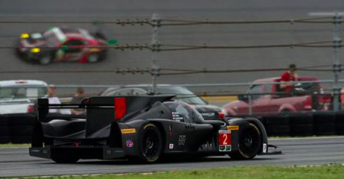 Pipo Derani has closed out the three-day Roar Before the Rolex 24 test at Daytona with the fastest time.

It shaded the #60 Honda-powered Ligier which had dominated proceedings at the hands of Ozz Negri, John Pew and AJ Allmendinger.

“I really did not expect to be here (atop the speed chart),” Derani said.

“This is my first time at Daytona, and it’s a unique place with a lot of history.

“It’s a pleasure to be part of this event for the first time. This is my first time doing sports car racing in the US and I’m having fun.”

Oliver Gavin was the fast man in the GT Le Mans class, clocking 1:45.10s, slightly adrift of the quickest time of the test set by Lucas Luhr in the #100 BMW Team RLL BMW M6.

In other classes Leh Keen topped the GTD category in the Alex Job Racing WeatherTech Porsche 911 GT3 as IndyCar driver Jack Hawksworth set the pace in the Prototype Challenge, clocking 1:42.11S in the ORECA FLM09.

Next Story Toby Price surges back into Dakar lead