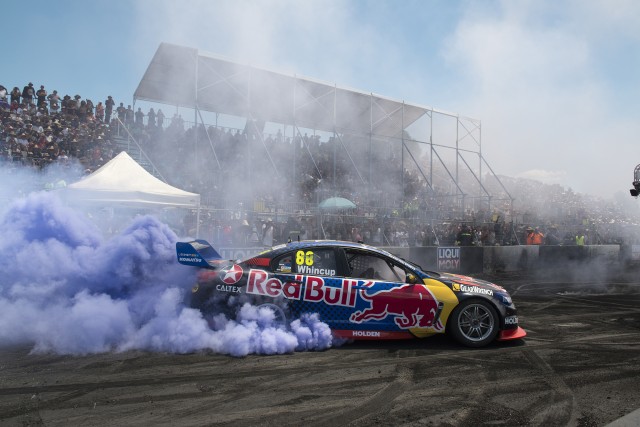 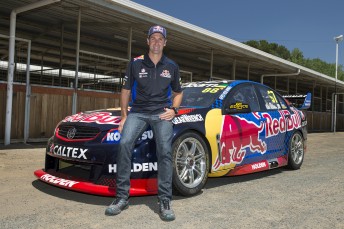 Jamie Whincup with his new 2016 challenger

The six-time V8 Supercars champion jumped behind the wheel of the #88 featuring its new livery unveiled earlier this week for its first public appearance.

Whincup led the opening parade at the popular car event before taking part in the Burnout competition. The Red Bull squad also put on a pit stop demonstration for the bumper crowd.

“I had never been to Summernats before today, believe it or not! I love fast cars more than anything, so it’s my kettle of fish. Canberra turned on a cracking day” said Whincup.

“Hopefully everyone enjoyed seeing the livery first hand, it was great to get behind the wheel and have some fun after three weeks off.”

After losing his grip on the V8 Supercars crown last year, Whincup says he feels fresh following the off season break as he aims to notch hip his seventh title this year.

“I have just come off a break and I am feeling fresh and ready ahead of the season. The competition steps up every year, I am looking forward to bouncing back,” added Whincup.

Next Story Coulthard settling in at DJR Team Penske