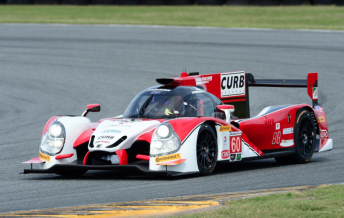 Michael Shank Racing topped the times in the opening day of testing for the Daytona 24 Hours.

In GTLM, the new BMW M6 led the way with the Team RLL entries occupying first and second spot.

The factory Corvettes were third and fourth while the brand new Ford GT was fifth on its competitive debut. The #67 car shared by Australian Ryan Briscoe, Richard Westbrook and Stefan Mucke set a 1:45.426s.

The new Ferrari 488 was sixth in the hands of Gianmaria Bruni, while Earl Bamber’s factory Porsche 911 RSR was ninth.

GTD honours belonged to the Spirit of Race Ferrari 458 GT3 with New Zealanders Shane van Gisbergen and Richie Stanaway were 14th and 15th in their respective Porsche and Aston Martin entries.

Preparations for the Daytona 24 Hours on January 30-31 conclude on Sunday.