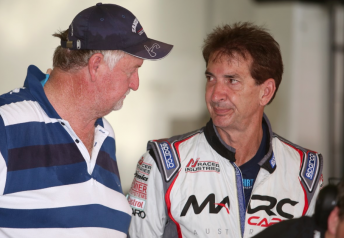 Keith Kassulke intends to make his competitive motorsport return this year as his recovery from a life threatening incident at Phillip Island continues.

The Touring Car Masters regular sustained severe third degree burns on the right side of his body and face when his Ascari KZ1R GT3 caught fire in a practice session during a Victorian State Circuit Racing Championship round in October.

Kassulke was airlifted to Melbourne’s Royal Alfred Hospital in a critical condition where he spent three weeks stationed in the intensive care unit receiving vital treatment for his injuries.

An investigation into the incident was launched in the immediate aftermath with the full results yet to be disclosed.

Almost three months on since the incident, the Queenslander is now recovering in his Brisbane home after being discharged from the Royal Brisbane and Women’s Hospital three days before Christmas.

Kassulke has made solid progress on his road to recovery which has seen him undergo several procedures, including the reconstruction of his upper and lower eye lids, nose and right ear, which were all severely burned.

He has been assured by doctors his eye should heal within a few months, while his sense of smell and hearing have not been affected.

Currently undergoing daily physiotherapy sessions, the prominent figure in the MARC Cars Australia squad is eager to race and has earmarked the Mugello 12 Hour (March 18-19) as a possible return date.

“I’m quite mobile now. I’m walking around easily and I’m exercising daily,” Kassulke, who is unable to recall much of the incident, told Speedcafe.com.

“I feel extremely lucky. Given what I have heard about the incident.

“My hearing, sense of smell and sight is all good, it is just the cosmetic stuff that is not so great.

“It has not put me off racing. I have set a goal, although perhaps a little optimistic, of getting to Mugello to race the 12 hour race. 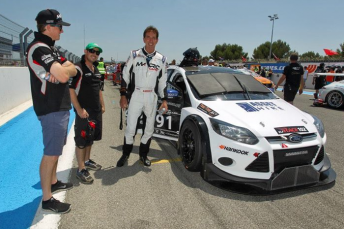 “If my eye was better now I wouldn’t have any doubts getting there but I think it might just slow me down for a couple of months.

“But I certainly want to get back and do the Creventic Endurance Series in Europe.

“I don’t see any reason why I can’t get back racing this year. I don’t know if I will continue the TCM category this year, but I think my focus will be on endurance events from now on.”

While focussing on returning to the circuit, he is fully aware that his recovery will be a lengthy process, estimating that plastic surgery sessions could go on for up to three years.

“It’s been a pretty horrific thing to happen and it is not a quick fix unfortunately,” added Kassulke.

“Different specialists are saying different things. They say that burns can take eight to 12 to 18 months to fully recover.

“I want to get over this as quickly as possible. The physio side of things in terms of the recovery of the skin depends on how much work you put in of course. The more I do the less time it is going to take for me to recover and that is what I intend doing.

“It (progress) is very slow but the doctors are extremely happy with my recovery so far they are quite amazed how I have come on which is encouraging.”

Kassulke says he has been humbled by the good will messages received since the incident and is grateful for the support during his recovery.

“It’s extremely humbling. When I was able to read the various social media messages and the extent of support not only in Australia and in Europe it was incredibly humbling,” added Kassulke.

“MARC cars and the team have been very supportive since it happened too.”