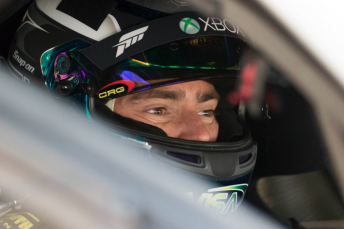 Competing in a GT3 car has been on Pye’s wish list for some time with the South Australia’s only experience of the event coming in a Holden Astra in 2012.

“Everyone talks about the fact that every time you get to drive at Bathurst its special and I’ve been wanting to drive a GT car for a long time. I’m really excited and grateful for the opportunity,” said Pye.

“I’m going to grab it with both hands and do the best I can. Enduro time in the V8 Supercars is always fun – difficult, but fun, and I always enjoy teaming up with a co-driver.

“This race something I have wanted to do for a while now, but probably didn’t feel like I was completely ready last year and I wanted to focus on what we were doing in the main series.

“So I thought I’d wait another year and this has come at the perfect time. You could say I have unfinished business at the Mountain and the 12-hour is a race I want to win. Maranello has done that in the past and I think it’s the right team with the right drivers to do just that.

“The last time I drove a car lots of downforce was during my season in Formula 3 in 2011. Any time you go across the top of the Mountain it feels good and I’m looking forward to doing it in a car with lots of grip like the Ferrari.” 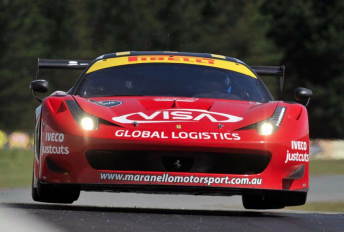 Tony D’Alberto behind the wheel of the Maranello Motorsport Ferrari

D’Alberto rejoins the squad for another tilt at the race following the disappointment of last year which saw him involved in an event ending practice crash.

After a strong Australian GT campaign with the squad, he is confident the team will be in a stronger position for this year’s race.

“I’m excited to have the opportunity to have another crack at this big race,” said D’Alberto.

“The team has had great success in the past and great results in the Australian GT Championship last year, and we really want to continue that form.

“Maranello as a team is a very strong operation with some great people on board. Once we’ve done our test/shakedown we’ll be in a better position than how we entered last year.”

“To drive with Mika and Toni is quite cool.

“And to have a full time Supercar driver in Scott is going to be great experience for the team. You couldn’t share the car with anyone better.”

Previous Story ARMOR ALL Summer Grill: A big year for Australia and New Zealand in IndyCar