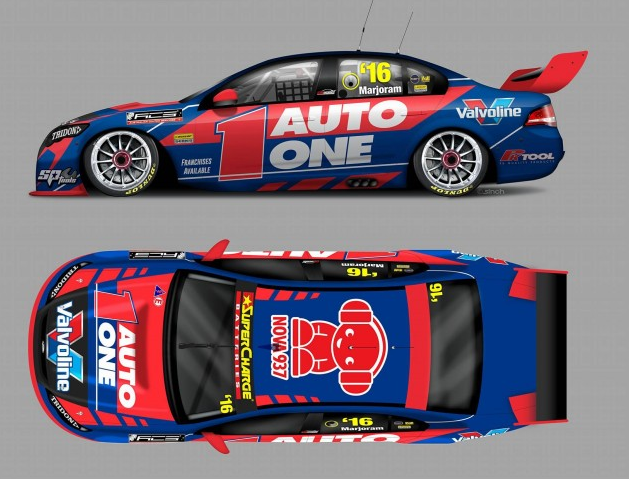 A mock up of Adam MarJoram’s Dunlop Series Falcon 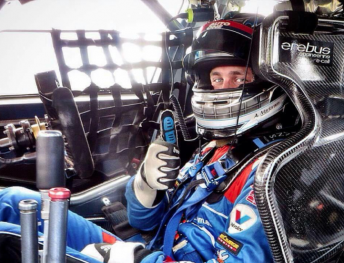 V8 Utes driver Adam Marjoram will graduate to the Dunlop Series this year after completing a deal with Matt Stone Racing.

The Perth native is set to drive an MSR prepared Falcon FG for the full Dunlop Series campaign with backing from Auto One.

The Western Australian enjoyed a breakthrough third year in the V8 Utes Racing Series in 2015 which saw him challenge for the title up until the final round at the Coates Hire Sydney 500.

Marjoram, who is part of Erebus Motorsport’s young driver academy, tested a V8 Supercar for the first time at Queensland Raceway last year when he jumped behind the wheel of an Erebus Mercedes.

Fully aware of the challenge the Dunlop Series presents, he feels now is the right time to make the move to the second tier V8 Supercar category.

“My dream is to be a V8 Supercars driver so every step I take in my career is towards that,” Marjoram told Speedcafe.com.

“We saw DVS as the next option and Matt (Stone) runs a really good team.

The front and rear of Marjoram’s 2016 challenger

“The drive in an Erebus Mercedes was my first run in a V8 Supercar and it was a great opportunity. It gave me a bit of an eye opener for the next step in my career.

“The Dunlop Series is really competitive but V8 Utes is as well. The cars are going to be very different to drive and obviously I am going to be learning a lot but hopefully we can learn as quickly as possible.

“We have a three-year plan but it will be fought it is a very competitive championship.”

Team boss Matt Stone is confident Marjoram will quickly adapt to the cut and thrust of the Dunlop Series.

“We have seen Adam at the front of the Utes grid means he is definitely 100 percent ready for the Dunlop Series,” Stone told Speedcafe.com.

“I like to think he will jump in at top 10 pace once he has got some testing and preparation for the season completed.

“It is a big step up but he is at the right point in his career to be doing it.”

Marjoram will make his Dunlop Series debut at the Clipsal 500 from March 3-6.

Next Story Shae Davies switches to MW Motorsport for 2016