Home » Misc » Featured News » Heimgartner not turning his back on V8S

Heimgartner not turning his back on V8S 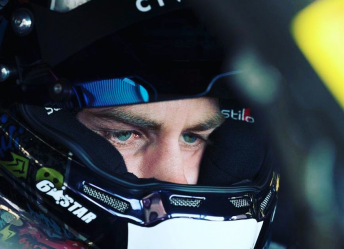 Andre Heimgartner is focussed on returning to the V8 Supercars Championship next year after losing his main game drive at Super Black Racing.

Pither was subsequently confirmed as his permanent replacement for 2016 prior to the final round at the Coates Hire Sydney 500 in December.

Facing the realistic prospect of a season without a drive, Heimgartner has since secured a move to the Australian GT Championship, where he will pilot a Melbourne Performance Centre prepared Audi R8.

While eager to explore the discipline, the Auckland driver, who has been linked to the vacant seat at Lucas Dumbrell Motorsport, believes he has unfinished business in V8 Supercars.

“It has been a bit of a rollercoaster over the past two years and this year I have a different opportunity in Australian GT which I’m looking forward to,” Heimgartner told Speedcafe.com.

“I didn’t want to leave (V8 Supercars) and I would have liked to see out the season.

“Super Black have done so much for me and I wouldn’t have been in Supercars without them, so I can’t really point any fingers there.

“I do have unfinished business. It was my rookie year but I think I did pretty well and proved a lot of people wrong and V8s is where I want to end up again but lets just see how this year goes.

“We have been talking to Lucas but I don’t think I will be on the grid this year, but we are pushing hard for next year.”

The Kiwi will kick off his Australian GT campaign on the Adelaide streets at the Clipsal 500 held from March 3-6.

Next Story ARMOR ALL Summer Grill: Can Erebus survive the long haul?