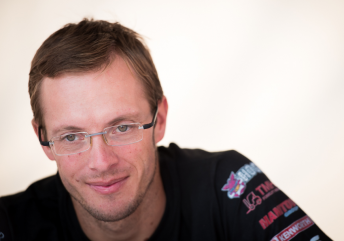 The duo will pilot the American squad’s new Ford GTs which will make their competition debut at the famous twice around the clock endurance held from January 30-31.

Bourdais will team up with Dirk Muller and Joey Hand with the Frenchman set to sample Ford’s latest GT offering at this weekend’s Roar Before the 24 official test.

The 36-year-old has enjoyed success at the event after being part of the victorious Action Express squad which won the race in 2014.

The announcement follows shortly after he was named as one of Ford’s four drivers for this year’s assault on the FIA World Endurance Championship.

Next Story Pye and D'Alberto complete Maranello line up