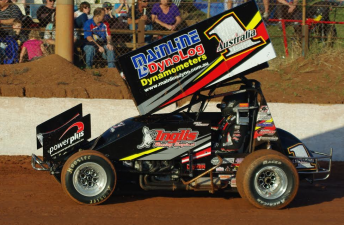 Schatz has continued his championship winning form in Australia by taking out all four of his events at Archerfield Speedway.

Sweet, who finished third in the World of Outlaws series, also boasts impressive form heading into the event after recording three feature race wins at Sydney’s Valvoline Raceway this season.

New South Wales driver Kerry Madsen has only just returned from America following a successful campaign in the World of Outlaws series, which yielded fifth overall.

The bumper entry will be competing for the Construction Solutions Sprintcar Piston Cup and $10,000 in prize money.

The event will be seen as a warm up for this weekend’s prestigious World Series Sprintcars Australian Open meeting held from January 8-9.