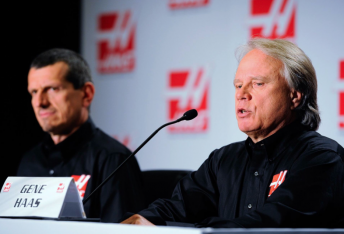 The new Haas F1 operation has set itself the target of recording a points finish on its Formula 1 debut at the season opening Australian Grand Prix.

The American outfit, headed up by Gene Haas, will be the first new team to join the F1 paddock since 2010 when Caterham, HRT and Virgin, now Manor Marussia, entered the sport.

Equipped with Ferrari’s latest specification engine alongside access to the team’s wind tunnel, Haas F1 is sitting in a strong position heading into its debut.

Although yet to turn a wheel, team principal Guenther Steiner is already eyeing a strong start at Melbourne’s Albert Park (March 17-20) curtain raiser.

While not impossible, achieving points on debut is a bold claim considering it took Manor Marussia 83 races over five seasons to register its first points.

“We would like to make the points. Qualifying, if we get to Q2 we will be fine,” Steiner told Sky Sports.

“To have a chance of points is our goal and to put on a good show. To show what we have worked the last two years for and we have no big dramas going on. That is our biggest aim at the moment.”

Pre-season testing begins with a Pirelli wet weather tyre test at the Paul Ricard circuit in France from January 25-26.

Next Story Ferrari confident amid delayed start on 2016 car