Home » Misc » Featured News » POLL: Which GT3 marque will you support at Bathurst?

POLL: Which GT3 marque will you support at Bathurst? 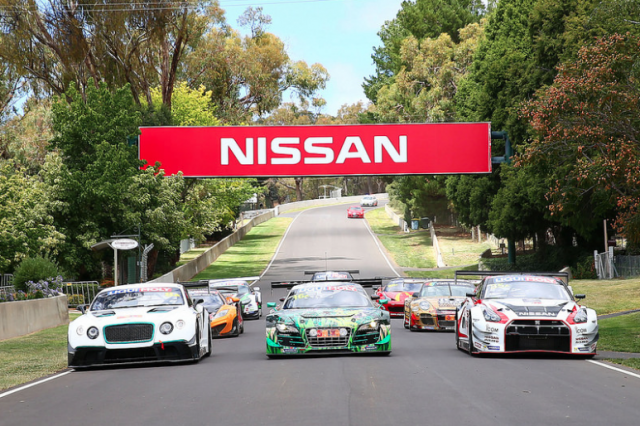 Eight GT3 manufacturers will represented on the Bathurst 12 Hour grid

Eight GT3 manufacturers will be vying for the coveted Bathurst 12 Hour crown this year.

This year’s Mount Panorama GT classic will see 28 Class A GT3 contenders tackle the once around the clock endurance from February 5-7. 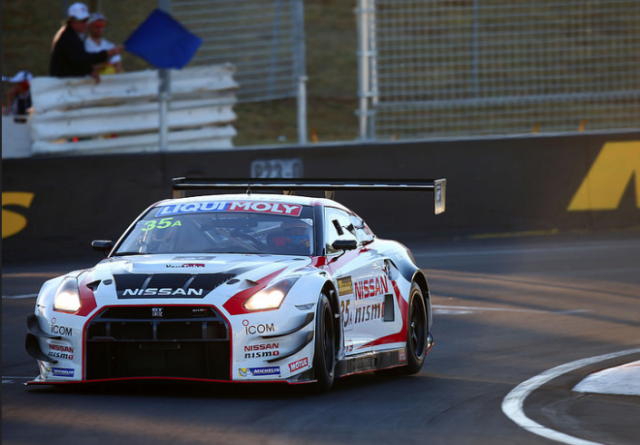 Nissan will return to the mountain with a sole GT-R GT3 as they aim to defend its title following Katsumasa Chiyo, Florian Strauss and Wolfgang Reip’s triumph last year.

The Japanese manufacturer will come against stern competition from another seven manufacturers eager to have their name on the Bathurst 12 Hour trophy. 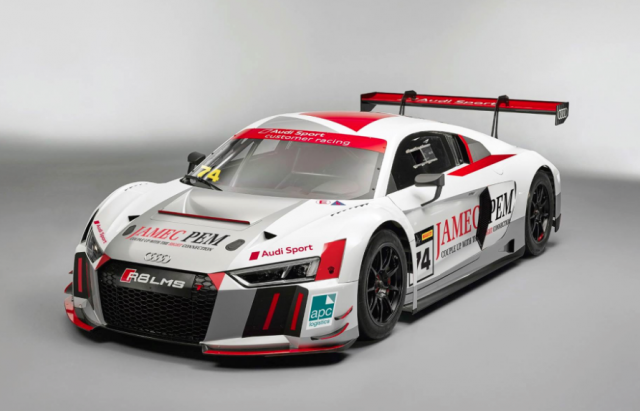 The all new Audi R8 will feature on the grid

Audi is the most represented marque on the grid with seven R8 LMS GT3 entered for the race.

German squad Phoenix Racing will return in search of their second Mount Panorama win following their 2012 success, while Melbourne Performance Centre will prepare five cars, including a new R8 to be driven by V8 Supercars drivers Craig Lowndes and Garth Tander.

A New Zealand entry from International Motorsport will complete the line up. 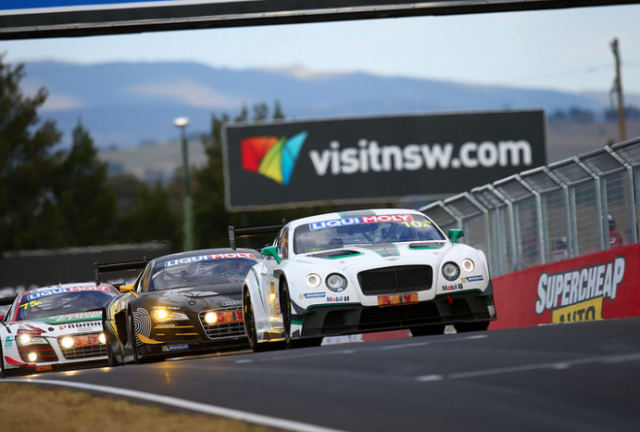 Bentley returns to the mountain with two factory supported Continental GT3s following its impressive debut at the event last year.

The British sportscar firm was in contention for the outright victory in the latter stages of the race before its Guy Smith/Steven Kane/Matt Bell entry slid to fourth on the final lap. 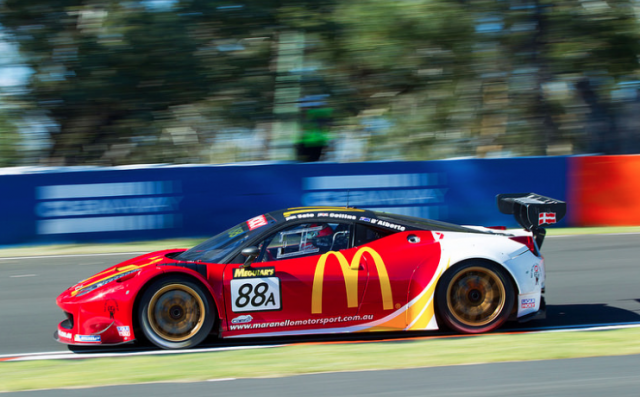 Ferrari won the Bathurst 12 Hour in 2014 with Maranello Motorsport

Ferrari has enjoyed strong performances at the Bathurst 12 Hour highlighted by Maranello Motorsport’s victory at the 2014 edition. 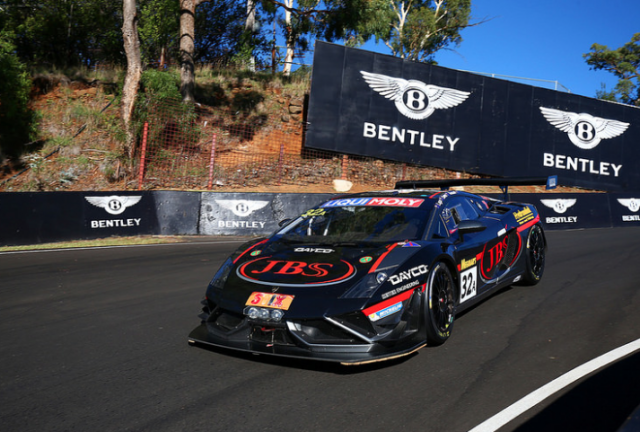 Lamborghini will be represented by three Gallardo GT3s in February

Fellow Italian sportscar brand Lamborghini is yet to conquer the Bathurst 12 Hour although its GT3 machinery has shown real pace around the mountain. 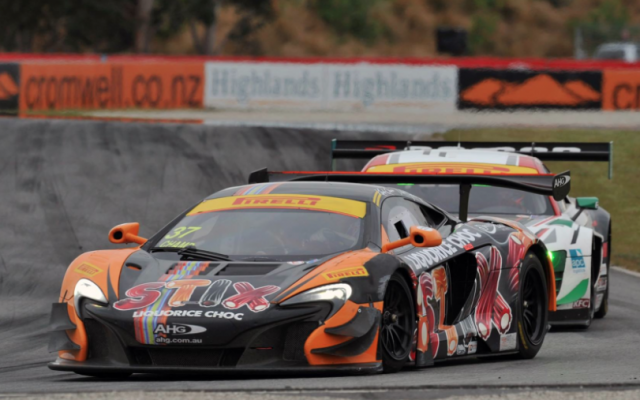 McLaren will enjoy an increased presence in 2015

McLaren will enjoy an increased presence at this year’s event with the British squad teaming up with Tekno Autosports to field two factory supported 650S GT3s.

Featuring a star studded driver line up including Shane van Gisbergen, Will Davison, Jono Webb, Alvaro Parente, Rob Bell and Andrew Watson, the team will be among the favourites for victory.

Two privateer 650S driven by Tim Slade, Matt Campbell and Warren Luff and a second piloted by Tony and Klark Quinn will add further spice to the manufacturer’s Bathurst assault. 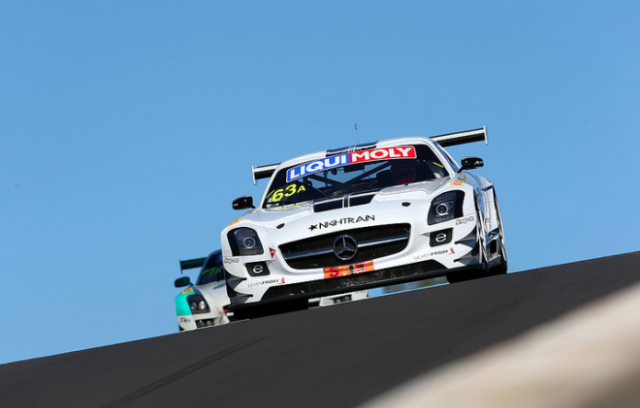 Alongside, Audi, Nissan and Ferrari, Mercedes is the only other marque to win the Bathurst 12 Hour since GT3 cars were permitted with victory in 2013.

The German marque will once again be represented by Erebus Motorsport alongside SLS AMG GT3 entries from Garth Walden Racing and German outfit MISHUMOTORS. 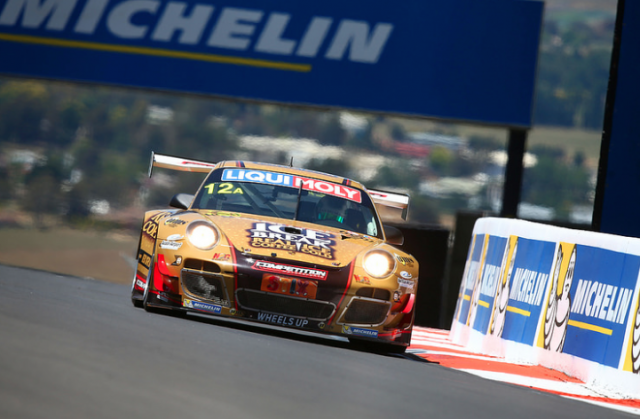 Porsche will have just one 991 GT3 R on the grid

Porsche will complete the eight manufacturers at this year’s Bathurst 12 Hour with a sole entry from AMAC Motorsport.

While successful in Class B, the German firm has come close to victory with two third place Class A finishes in 2011 and 2013.

This week’s Pirtek Poll asks Which GT3 marque will you support at this year’s Bathurst 12 Hour?

Next Story ARMOR ALL Summer Grill: Is Tekno the last chance saloon for Will Davison?