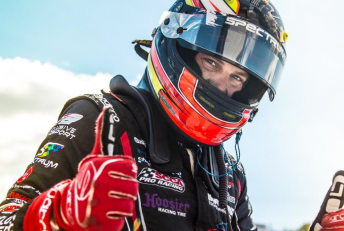 The entry will be prepared by Lucas Dumbrell Motorsport.

Andrews is a relative newcomer to GT racing having spent the vast majority of his career in single seaters, culminating in a USF1600 title triumph in America last season.

With opportunities to continue his single seater career decreasing, the young Aussie is hoping to use the Bathurst 12 Hour as a springboard for a future GT career in America.

“Anytime to get the chance to race at Bathurst is a good opportunity and to do it in a GT3 car is even better,” Andrews told Speedcafe.com. 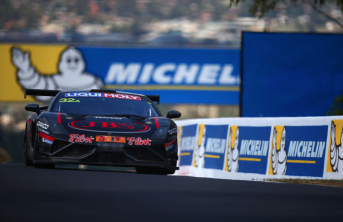 The Performance West Motorsport Lamborghini has impressed at the Bathurst 12 Hour in the hands of David Russell, Steve Owen and Roger Lago

“I’m excited and I’m really looking forward to working with Nick Percat and learning from him.

“It is pretty surreal to think I will be driving against the best GT drivers in the world but I am just focussing on what I have got to do.

“It will be good to show people I can do it in these cars as the Pirelli World Challenge is the career path I am looking at in the US.

“I think I have gone as a far as I can in open wheelers now and I’m turning to sportscars.

“This will be a chance to try and gain momentum and take it overseas with me and see what I can get.”

Andrews is still working on his 2016 plans outside of the Bathurst 12 Hour and is set to return to America after the event to step up his search for more GT drives.

Next Story POLL: Which GT3 marque will you support at Bathurst?