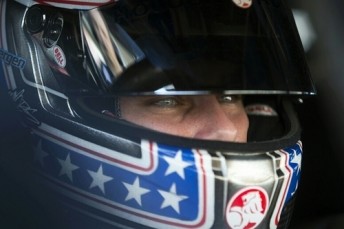 The Triple Eight V8 Supercars driver will team up with Alex Job Racing once again having driven for the American squad at the previous two editions of the annual endurance classic held from January 30-31.

After impressing in both his Daytona visits, the Kiwi will pilot an all new Porsche 991 GT3R alongside David MacNeil, Cooper MacNeil, Leh Keen and new recruit Gunnar Jeannette.

The team completed a shakedown of its new car at Sebring last month prior to the Roar Before the 24 test held from January 8-10.

Reigning Le Mans 24 Hours winner Earl Bamber will be among the favourites to challenge for the GTLM class in the #912 Porsche North America entry he will share with Frederic Makowiecki and Daniel Christensen.

Australia will be represented by Ryan Briscoe who will drive one of Chip Ganassi’s new GTLM Ford GTs alongside Richard Westbrook and Stefan Mucke.

All the drivers are expected to be present at next week’s official Daytona 24 Hours test.

Next Story ARMOR ALL Summer Grill: Why Ambrose's V8 return was a fizzer?