Speedcafe.com takes a look back at the best 10 drivers from the 2015 V8 Supercars Championship. A phenomenal run of nine straight podiums at the end of the season rescued what had once looked an embarrassment for the six-time champion.

Endured a 15 race winless streak from March to August, his longest since 2006, but had the strength of character to instigate a dramatic mid-season engineering change in order to turn fortunes around.

Bathurst epitomised the highs and lows of Whincup’s season, with breathtaking speed – including a 2:04.9s lap in practice – weighed against a major late-race error of judgement that ended his chances of a strong result. Started and finished the season brilliantly, further proving his affinity for maximum commitment laps on tight street circuits such as Adelaide, the Gold Coast and Sydney.

Lost his way mid-year after the introduction of an initially troublesome new chassis, but rebounded strongly once issues were resolved at a pre-Sandown test day.

Subsequently climbed from ninth to an eventual fourth in the championship standings over the final six events, winning races at the Gold Coast and the Sydney finale. Combined brilliantly with the FG X to be the fastest driver in the category until his season ending Bathurst crash.

Still ended the year as the most prolific pole winner with 10, underlining his unparalleled confidence and feel for the grip level, particularly on the hard tyre.

Let himself down with poor starts and mistakes early in the year before going on to beat Winterbottom in four of the five races leading up to his Bathurst error. Writing 2015 off as simply another ‘nearly year’ for title runner-up Lowndes would undersell his achievements.

Gelled brilliantly with new race engineer recruit Grant McPherson to lead the Red Bull team through a tough first half of the season.

Eventually beat team-mate Jamie Whincup in points for the first time since 2006, with a 100th career race win and a sixth Bathurst 1000 trophy the clear highlights. 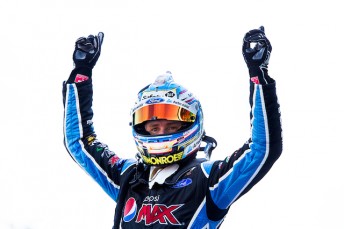 A long awaited championship trophy and a season high tally of nine race wins ensures Winterbottom’s place at the top of this list.

Had a strong package in the FG X, but needed to work hard alongside a first-year race engineer in Jason Gray to extract consistent speed from it.

Results tapered post-Bathurst, but did what he had to do to wrap up the crown. Two late season poles among his most impressive achievements.

Next Story ARMOR ALL Summer Grill: Will Triple Eight turn SVG into a champion?