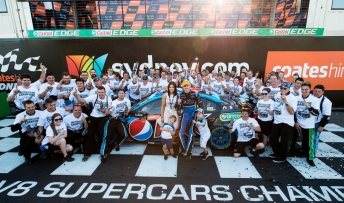 Episode 11 of the Armor All Summer Grill takes a look at the winners and losers from this year’s V8 Supercars season.

This episode analyses the highs and lows of the 2015 V8 Supercars campaign including Mark Winterbottom’s championship triumph and James Courtney’s freak injury which sidelined him from three championship rounds.

Episode 11: The winners and losers of the 2015 V8 Supercars season