Speedcafe.com takes a look back at the best 10 drivers from the 2015 V8 Supercars Championship.

A subjective process, this list attempts to grade driver performance, taking into account the equipment at their disposal.

Although missing out on a place in our top 10, both the Holden Racing Team’s James Courtney and DJR Team Penske’s Scott Pye deserve honourable mentions.

Courtney’s rollercoaster year included a brilliant comeback from injury, but the long layoff and twice taking out team-mate Garth Tander mid-year ultimately counted against him here.

Pye meanwhile impressed by leading DJRTP’s rise after taking over from Marcos Ambrose, but needs more strong results before being considered among the category’s elite. Struggled to extract qualifying speed for the bulk of the season, but repeatedly proved his quality in the races.

A Pirtek Enduro Cup victory alongside Warren Luff was a fine reward for Tander’s toil and came after a typically smart and aggressive drive through the pack to third at Bathurst.

Although without a race win for the first time since 2012, sixth in the final standings marked Tander’s highest championship finish in five years. Put together a highly impressive first half of the season to sit second in the standings with seven podiums after the first 16 races.

In an all too familiar sight for Brad Jones Racing, results dipped in the second-half as, outside of Bathurst, raw speed proved hard to come by.

Fell to seventh in points as a result, but still finished nine places ahead of nearest team-mate Jason Bright. Fought admirably to drag eighth in points from a season that had started in disastrous fashion with a string of mechanical failures.

Went winless despite nine front-row starts as race pace proved harder to come by for the Volvo than raw single-lap speed.

Comprehensively destroyed new team-mate David Wall, but will have a significantly greater challenge ahead of him next season in the form of James Moffat. 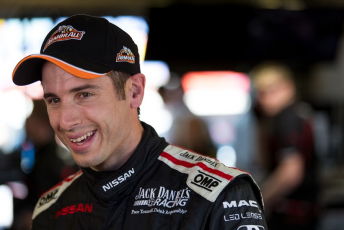 The best performer of the Nissan quartet in another disappointing season for the Japanese manufacturer, ending the year ninth.

Scored four of the team’s five podiums and its single pole position, but squandered the latter performance with a display of over-exuberance at the first corner.

That aside, largely showed an uncanny ability to stay out of trouble and wrack up points nearing a decade since his championship victory. Fuel economy drive to second on the Gold Coast was simply stunning. Revelled in the new FG X package to score his first two solo V8 Supercars race wins and end the season third in the standings, 12 places higher than 2014.

Was in the shadow of team-mates Mark Winterbottom and Chaz Mostert for much of the year, however, as he lacked that last bit of raw pace and in-race aggression to be a prolific winner.

Arguably at his most impressive at Pukekohe, where he led the Prodrive foursome’s charge and memorably held off Jamie Whincup for a well earned win.

Stay tuned to Speedcafe.com tomorrow for a look at the year’s top five drivers.