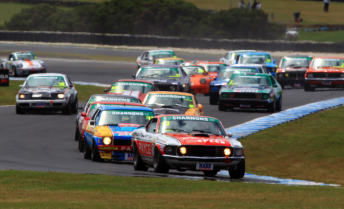 Touring Car Masters has come out on top as Australia’s favourite national circuit racing category outside of V8 Supercars.

Touring Car Masters emerged as the most popular garnering 21.5 percent of the vote, while the Australian GT Championship finished second securing 17.3 percent.

Saloon Cars claimed third spot ahead of the Dunlop Series, with Aussie Racing Cars fifth narrowly ahead of Formula Ford and V8 Utes.

Result: Pirtek Poll: What is your favourite national category?