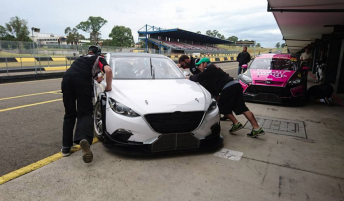 After an impressive showing at Bathurst during his debut Dunlop Series season, teenager Bryce Fullwood joins the MARC program to gain more experience of the mountain venue.

Fullwood will be joined by multiple V8 Ute race winner Gerard McLeod and the previously announced Nick Rowe in the squad’s #94 Mazda3 V8.

Bathurst will mark the first time McLeod has raced one of his brother Ryan’s MARC V8s and comes as he pushes for co-driving opportunities in next year’s Australian GT Championship.

Rowe’s F4 rival Jimmy Vernon has meanwhile been slotted into the #91 Ford for the 12 Hour, linking with Rob Thompson and Lindsay Kearns. 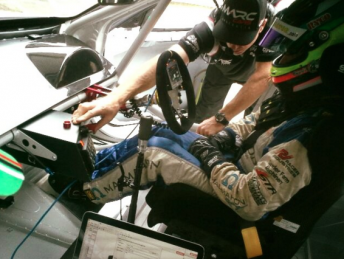 Gerard McLeod was one of 10 to turn laps at SMP

Ten of the drivers, including newcomers McLeod and Vernon, cut laps in the purpose-built endurance racing machines during a recent three-car test day at Sydney Motorsport Park.

“I think we have a great mix of youth and experience and feel we’ll have a really great atmosphere in the pit box.

“Bryce and Nick have raced go-karts against each other in the past, so to put them in the same car together with my brother Gerard is a great combination.

“After a successful test in Sydney our next focus is on the Dubai 24 Hours (January 14-16), where we’re running three cars, before getting to the Mountain in February (5-7).”