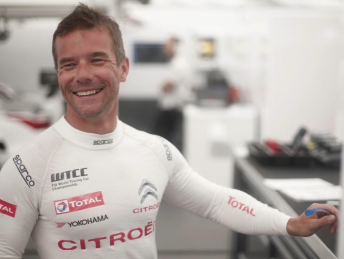 Sebastien Loeb will return to the WRC as a team owner

Rally legend Sebastien Loeb will head up his eponymous team’s move into the Junior WRC next season.

The Sebastien Loeb Racing squad, owned by the nine-time WRC champion, has confirmed it will field an R3 specification Citroen DS3 in the championship, although the identity of the driver is yet-to-be revealed.

This will be team’s first taste of rallying having fielded cars in French GT, WTCC, Porsche Carrera Cup France and the Blancpain GT Series.

Loeb cut his teeth in the JWRC winning the title in 2001 behind the wheel of a Citroen Saxo.

“The team was bound to get involved in rallying,” said Loeb, who is gearing up for his maiden Dakar Rally with Peugeot next month.

“We first decided to compete on track mainly because that’s where my career was going to take me, but we knew that one day rallying would be on the agenda.

“We just had not to rush into it but wait until all the necessary elements would be gathered. That’s the case today, the team has acquired enough experience on track to be able to run the two projects simultaneously.

“Plus we’ll get logistical and coordination support from Daniel’s company All Sports Management.

“Rallying is obviously very special for Dominique, Daniel and I; that’s where it all started, we’ve enjoyed some incredible moments and we do hope to have a great experience with the team.

“The JWRC was a natural choice: it’s a championship that supports young drivers and enables them to shine and come to fame. I’ve been through that stage myself, almost 15 years ago.”

Previous Story Meeke to remain with Citroen until 2018