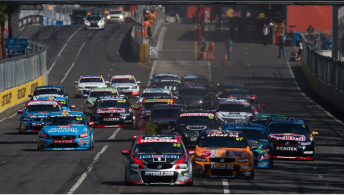 V8 Supercars produced another season of twists and turns but what was the most memorable moment of the 2015 season?

Mark Winterbottom ticked the final box in his V8 Supercars career by spearing to a maiden driver’s title in 2015.

The victory, added to Winterbottom’s Supercheap Auto Bathurst 1000 victory in 2013, after a season of sublime performances, including a highly impressive drive to victory at the Sandown 500. 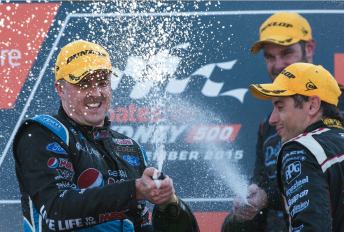 While Winterbottom’s effort was unequivocally a season highlight, the 2015 season was littered with memorable moments.

An engineering reshuffle at Red Bull sparked a return to form with Whincup recording podium finishes in each of the last nine races including five wins.

For the first time, V8 Supercars entered its first year of the $241 million broadcast rights deal controlled by subscription provider Fox Sports, which proved to be a divisive issue throughout the year. 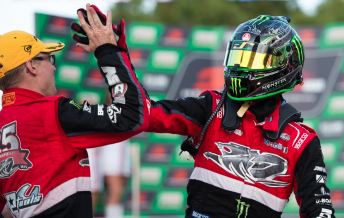 Meanwhile, James Courtney suffered horrific internal injuries when he was suddenly struck by pit equipment whipped up by the downdraft of a low flying Navy helicopter at Sydney Motorsport Park.

He suffered five broken ribs and a punctured lung which forced him to miss the opening two legs of the Pirtek Enduro Cup, Sandown and Bathurst.

Finally gaining medical clearance, Courtney returned to the fold for the Castrol Gold Coast 600, teaming with Jack Perkins for a fairytale Sunday win.

Previously the Holden Racing Team had drafted in Russell Ingall to replace Courtney at Sandown and Bathurst. 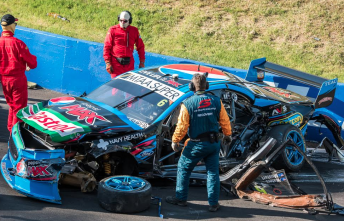 Ingall then was called upon to replace, Chaz Mostert who was badly injured in a qualifying accident at Bathurst in the #6 Prodrive Racing Australia Falcon.

Driving for rival factory marques in the space of several weeks had been an extraordinary development in the series.

Mostert’s Bathurst shunt left him with a broken left leg and wrist while several marshals at a flag point were also injured as his out of control Falcon was launched into the catch fencing.

The year began under the spectre of V8 Supercars’ order to block its drivers from competing in the Bathurst 12 Hour in February, on a weekend where its official pre-season test had also taken place at Sydney Motorsport Park.

Arguably one of the most memorable moments was Marcos Ambrose’s full-time return at DJR Team Penske and his subsequent premature departure after electing to step away from the drive in favour of Scott Pye.

Ambrose did however return for the Pirtek Enduro Cup with his final drive at the Gold Cast 600. 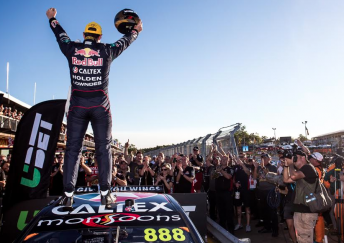 A challenge to the entire field arrived for the Darwin round when revised rules saw the use of soft tyres enforced for the second qualifying session and race in the Super Sprint formats.

Swapping from hard to soft compounds in respective qualifying sessions threw a curveball at the field.

The year proved to be one full of moments for Craig Lowndes who went on to score his 100th ATCC/V8 race win at Hidden Valley and his sixth Bathurst 1000 triumph alongside Steven Richards.

However, New Zealand’s late season round at Pukekohe saw a heavy shunt for Lowndes during the second Saturday race while he was leading, which severely dented his title hopes.

Alongside Lowndes’ Bathurst win and Mostert’s horror crash, the Great Race will also be remembered for welcoming the first all female pairing since 1998 with Renee Gracie and Simona de Silvestro teaming up. 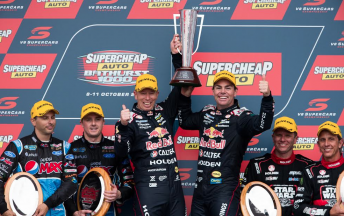 The Harvey Norman Supergirls entry made headlines when V8 Supercars handed David Reynolds a $25,000 fine for making a sexist comment about the pairing in a press conference.

There was plenty of action away from the track with the category experiencing a series of driver movements for 2016.

The silly season was triggered by the confirmation that Triple Eight would run three cars for 2016 with Shane Van Gisbergen joining the operation from Tekno Autosports.

Will Davison, who scored one of the most surprising wins of the season for Erebus at Barbagallo, will replace the Kiwi at Gold Coast team next year.

As Speedcafe.com’s counts down its top 10 V8 Supercars talking points of the year, this week’s Pirtek Poll asks you to select your most memorable moment of the season.

Next Story POLL: Which GT3 marque will you support at Bathurst?

Previous Story POLL: What is your favourite national category?