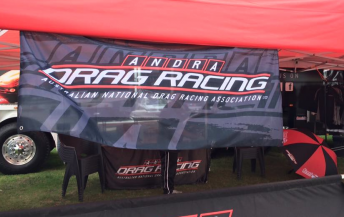 ANDRA has welcomed in a new CEO

During an eight-year tenure at Harness Racing SA, which ended in 2011, Goodall received a national awarded for his services to sport.

Since then he has successfully restructured the SA Amateur Football League which saw the competition secure a multi-million infrastructure grant from Federal Government and a naming rights partnership with Channel Nine.

“I’m looking forward to working with everyone involved in the Drag Racing community and believe my racing, sports administration and business background will put me in good stead to achieve the organisations goals,” said Goodall.

Goodall will however attend the Australian Nationals at Calder Park from January 23-24.

ANDRA chairman Michael Fotheringham is looking forward to Goodall’s fresh approach to the sport which is currently negotiating a transitional period following the formation of the breakaway 400 Thunder Series.

“We are looking for a rejuvenated approach and welcome fresh ideas as we move forward into 2016.

“We are all excited Grant has agreed to join us and feel positive about the future with him at the helm.”