Home » News » Bikes » ARMOR ALL Summer Grill: Who will win the MotoGP title next year?

ARMOR ALL Summer Grill: Who will win the MotoGP title next year? 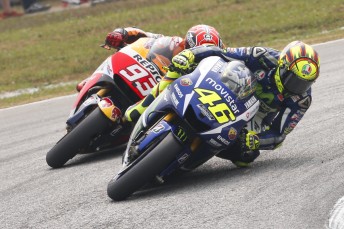 Episode 7 of the Armor All Summer Grill looks at the contenders for the MotoGP crown next season.

The seventh episode assesses a fascinating 2015 season and analyses the likely battle for the 2016 championship between Jorge Lorenzo, Valentino Rossi and Marc Marquez.

Episode 7: Who will win the MotoGP title next year?