Speedcafe.com takes a look back at the best 10 races from the 2015 V8 Supercars Championship.

Today’s first instalment focusses on 10th through 6th on our list, starting with a memorable Saturday at Hidden Valley in June. 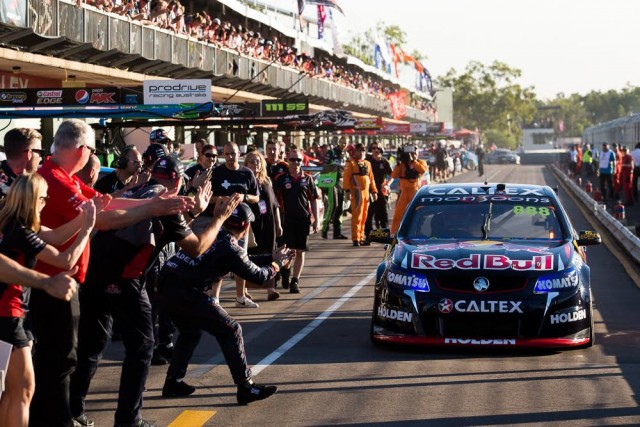 The pitlane applauds Craig Lowndes after his 100th career win Lowndes led all the way in the second Hidden Valley sprint

The second sprint race at Hidden Valley was hardly a thriller, but will go down as one of the most memorable of the year due to the significance of the result.

Lowndes had started just fifth but found himself in the lead after Turn 1 following contact between front-row starters Rick Kelly and Fabian Coulthard shuffled the pack.

Adding to the historic day, the #888 Holden’s famous victory came in the 888th ATCC/V8SC race. 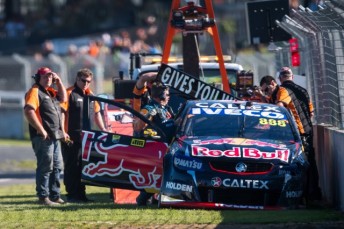 Lowndes’ car following heavy contact with the outside wall

David Reynolds described it as “like a missile exploding”. Jamie Whincup compared it to a scene from video game Mario Kart.

Having appeared set for a breakthrough first career win at the venue, the 80 point swing to rival Mark Winterbottom halted Lowndes’ growing momentum.

David Reynolds meanwhile assumed second in points with a fine victory, robustly fending off a determined Jamie Whincup in the closing laps. 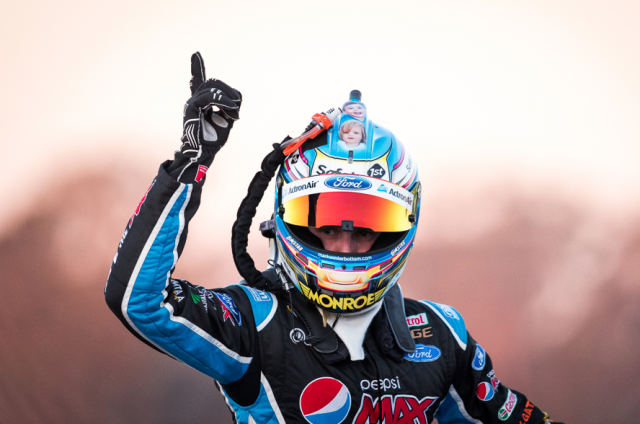 Winterbottom continued to build his points lead at Winton Mostert’s Falcon sitting on the barrier at Turn 4

The Sunday race at Winton provided a tasty mix of strategy and door-to-door racing across its 200km.

Mark Winterbottom put an exclamation mark on a dominant weekend for Prodrive with victory, but it was hardly a straightforward run for the Ford team.

Chaz Mostert came out on top in a spirited mid-race dice with Craig Lowndes and Fabian Coulthard and appeared set for victory before a mistake left him backwards in the Turn 4 tyre barrier.

Winterbottom had to find his own way around Lowndes – who was running an alternate tyre strategy – on the restart before fending off Coulthard in a long stint to the flag on the softs. It was a wet and wild Sunday at Sydney Motorsport Park The race was a tale of two major twists; a Safety Car on the second lap that sent the majority of the field to pitlane for their first stops and later an onset of rain as the second stops were unfolding, which coincided with a second full course yellow.

Chaz Mostert put in a masterful drive to take victory, ramping up the pressure on team-mate and championship leader Mark Winterbottom, who was just 16th after a mid-race clash with Craig Lowndes.

BJR team-mates Fabian Coulthard and Jason Bright finished second and third, with the latter controversially allowed to keep his place despite cutting out half the circuit after being spun by Shane van Gisbergen in the closing laps. 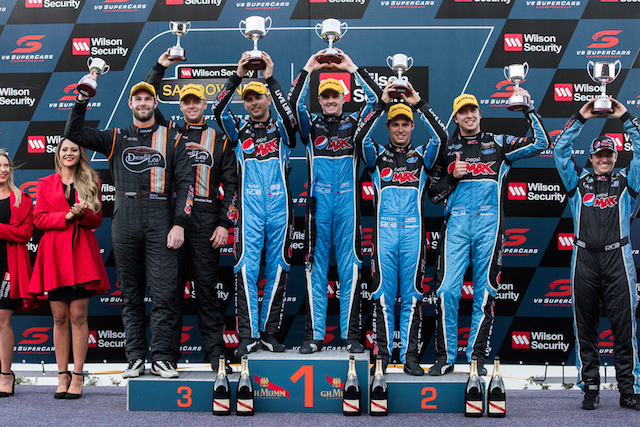 Prodrive took a one-two in the Sandown 500 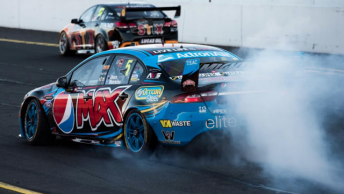 A $3,000 fine for a post-race burnout was the only black mark for Winterbottom at Sandown

Mark Winterbottom was at his brilliant best at Sandown as he led home a Prodrive one-two in what would prove his ninth and final win of the season.

The eventual champion made the best of the race’s two key moments; crucially electing to pit against team instructions mid-race in a move that saw him avoid stacking behind team-mate Chaz Mostert.

Winterbottom remained behind his team-mate until deftly taking the place while Mostert was attempting a pass on a fuel-saving Shane van Gisbergen in the penultimate stint.

The result meanwhile masked the fact that Jamie Whincup and Paul Dumbrell had dominated much of the race before a pit error and poor fuel strategy ruled them out of contention.

Stay tuned to Speedcafe.com tomorrow for a look at the year’s top five races.

Next Story ARMOR ALL Summer Grill: Who will win the MotoGP title next year?

Previous Story ARMOR ALL Summer Grill: Will HRT be title contenders in 2016?