Speedcafe.com takes a look back at the best images from the 2015 V8 Supercars Championship.

Today our countdown concludes, with photographer Daniel Kalisz taking you through the top five. 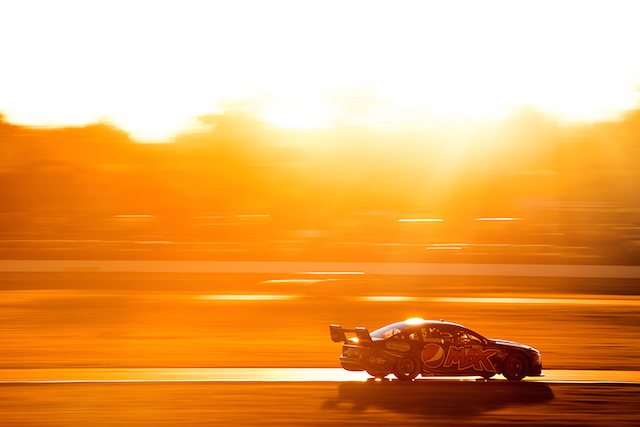 Backlight setting sun + race winner = bliss. Surprising to most but I like photographing at this circuit. It challenges you the photographer and artist to create a beautiful image rather than waiting for it to come to you.
Nikon D810
Lens: 70-200mm f2.8
ISO: 31
Aperture: f 9
Shutter: 1/50
4) Mark Winterbottom – Sydney 500, Saturday 5th December 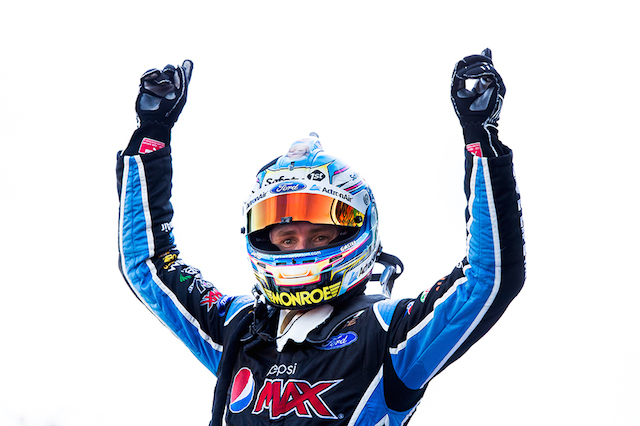 This image captures the moment when Mark Winterbottom won the V8 Supercars drivers championship and just stepped out and onto his car.
It’s always nice to find a clean background for an image, particularly at this street circuit which is quite messy compared to others. By simply crouching down using the sky as ones backdrop it gives you an almost studio like image.
Nikon D4S
Lens: 70-200mm f2.8
ISO: 800
Aperture: f 5.6
Shutter: 1/1000
3) Michael Caruso – Clipsal 500 , Saturday 28th February 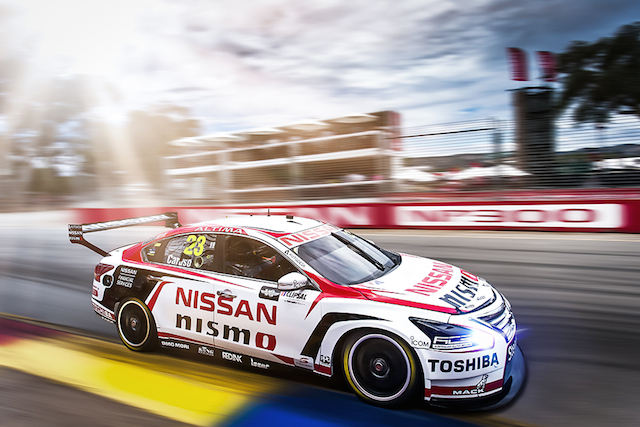 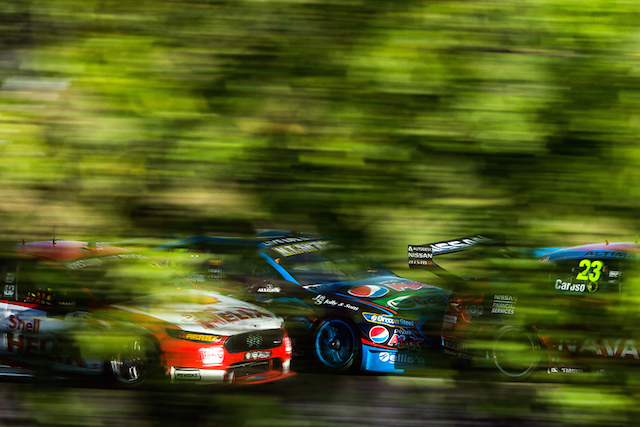 This particular image won the V8 Media Association Best On track Photo of the year. It was taken amongst the trees using a slow shutter speed to create an unusual effect. I was lucky enough to capture these three cars all rubbing panels in the one frame.
Nikon D4S
Lens: 500mm f4
ISO: 31
Aperture: f 22
Shutter: 1/20
1) Scott McLaughlin – Bathurst 1000, Saturday 10th October 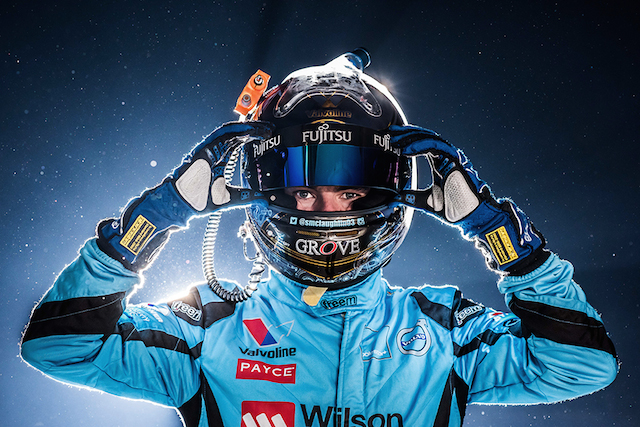 This is by far my favourite image of 2015. Firstly I must say a big thanks to Scott and the team for allowing me to capture this as it was taken about 18:30 on Saturday night.
I used a simple lighting setup with two Nikon SB-910 speedlight flashes and an Icelight to illuminate Scott. The stunning ‘space like’ background was achieved just by the evening sky and loads of dust being illuminated by the back light flashes.
Nikon D810
Lens: 85mm f1.4
ISO: 2000
Aperture: f 5.6
Shutter: 1/125

Next Story ARMOR ALL Summer Grill: Will HRT be title contenders in 2016?