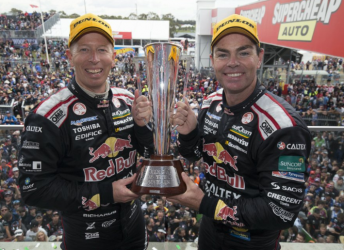 Episode 5 of the Armor All Summer Grill takes a look back at Craig Lowndes’ sixth Bathurst 1000 victory.

The fifth episode analyses how Lowndes and Steven Richards won V8 Supercars’ jewel in the crown.