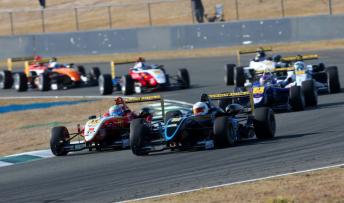 Australian Formula 3 will continue to feature on the Shannons Nationals program next year after confirming a seven round calendar.

The series will once again begin at Sandown in April before the first of two visits to Phillip Island in May.

Winton will host the third round in June ahead of trips to Sydney Motorsport Park and Queensland Raceway.

The final two rounds of the campaign will be held at Phillip Island and Sydney Motorsport Park, with the latter replacing Wakefield Park as the venue for the finale.

“As one of the foundation categories of the CAMS National Motor Racing Championships in 2006, we are pleased to be back to begin the next era of the Shannons Nationals under CAMS custodianship in 2016,” said category manager Ian Richards.

“With the closest race winning margin of 2015 (0.018 seconds), concluding in a thrilling championship battle, Formula 3 is looking forward to providing the same action in 2016 and beyond.”