Home » Featured News » ARMOR ALL Summer Grill: Can McLaughlin and Moffat push Volvo to the front?

ARMOR ALL Summer Grill: Can McLaughlin and Moffat push Volvo to the front? 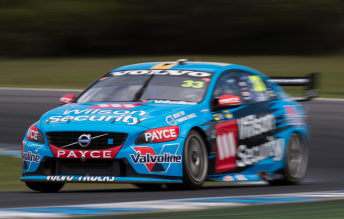 Episode 3 of the Armor All Summer Grill discusses the partnership between Scott McLaughlin and James Moffat at Garry Rogers Motorsport next season.

The third episode analyses the arrival of Moffat at Volvo and how he will push team-mate McLaughlin in 2016.

Episode 3: Can McLaughlin and Moffat push Volvo to the front?