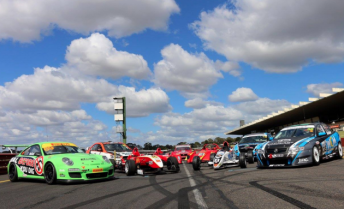 Australia boasts a plethora of circuit racing classes alongside its premier V8 Supercars Championship, but which is your favourite national category?

Created in 2000, the Dunlop Series has emerged as the nation’s second tier V8 Supercar competition.

The series, which celebrated its 100th round this year, continues to thrive offering young drivers the chance to impress V8 Supercar teams, while experienced campaigners clock up valuable miles ahead of the Pirtek Enduro Cup.

A firm fans’ favourite, the V8 Utes continues to provide full grids and plenty of action, alongside the ever popular Aussie Racing Cars and the iconic machinery of the Touring Car Masters.

Likewise the Porsche Carrera Cup remains a hotbed for stars of the future with Nick Foster and Matt Campbell upstaging the more experienced drivers this season.

One category certainly on the rise is the Australian GT Championship which is enjoying rapid expansion as the GT3 format continues to gather momentum. 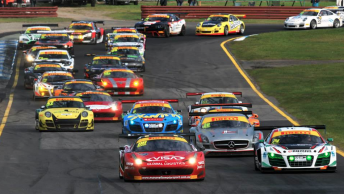 Australian GT is enjoying a period of expansion

The championship’s rise is set to continue next year with entries flooding in to contest the new sprint and endurance series in 2016.

While GT is booming, the circuit racing landscape is set to change from next season onwards following the results of CAMS’ motorsport review.

Single-seater categories have been particularly affected with the popular Formula Ford Series being downgraded to a state level competition, while Formula 3 will lose its championship status.

The change has occurred following the introduction of the new CAMS Jayco Formula 4 Championship.

Designed as a stepping stone from karting to car racing, the championship has endured a challenging first year attracting grids short of its 15 car target.

This week’s Pirtek Poll asks you to choose your favourite national class from the array of categories currently spread across the V8 Supercars support bill and Shannons Nationals events.