A return to the United Arab Emirates is one of a number of possibilities currently being assessed by V8 Supercars for its 2017 calendar.

The UAE city of Dubai is understood to have shown significant interest in luring the championship back to the region, which last hosted V8 Supercars in 2012.

Dubai boasts an FIA Grade 1 sanctioned circuit, the Dubai Autodrome, that was built at a claimed US$100 million cost in 2004.

While attracting the likes of A1 GP and FIA GT shortly after opening, the venue has focussed largely on domestic motorsport over the last decade.

V8 Supercars visited nearby Bahrain four times from 2006 and the UAE’s Abu Dhabi three times from 2010, but neither event ultimately proved sustainable. An option to race in Dubai as early as next season is understood to have been passed up while V8 Supercars assesses its international strategy, which in 2016 will include a full championship round at Malaysia’s KL City GP.

V8 Supercars CEO James Warburton and Board member Roland Dane both visited the UAE for the recent Abu Dhabi Grand Prix, but both told Speedcafe.com they were there on matters unrelated to any of the category’s international event plans.

Warburton however confirmed that discussions have taken place with authorities in Dubai, but stressed that no deal is done.

“It (Dubai) is one of the markets we’ve been looking at, but we’re still talking to a whole range of people,” Warburton told Speedcafe.com.

“I’m confident that we’ll announce a further race for 2017 in about the first quarter of next year, but there’s nothing done or in concrete.”

Although the previous Middle Eastern events were much maligned due to their lack of patronage and awkward timing for Australian television, Warburton says there “absolutely” remains scope for the category to establish itself in the region.

“Everyone talks about the international markets in a negative way, but when we were there I don’t think it did a lot of reputational damage for the cities involved,” he said of the previous visits to Bahrain and Abu Dhabi.

“At the time it was a tourism based message, putting whatever countries we were at on the map from the point of view of tourism. 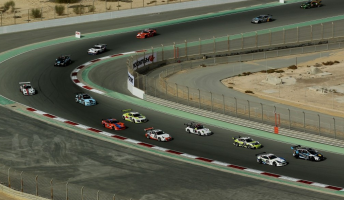 “If you look at the KL City race next year, some of the sellers of corporate hospitality already have a substantial amount of bookings.

“So from a tourism point of view, how many Australians and what value is that? Australians are number three in tourism to Dubai, as an example.

“If you can do it in the right way, with the right lead up and think about the overall marketing and tourism side of things, that (racing overseas) is exactly what we should be doing.”

Describing the 2016 total of 16 events as “breaking point for the teams”, Warburton suggests that the potential for new events both internationally and domestically puts the championship in a strong position.

In addition to the mooted possibility of replacing Sydney Olympic Park with a street race at Gosford, Warburton is eager to point out that dialogue remains ongoing regarding several other potential new venues.

“We’ve been working both with South Australian tourism and Sam Shahin on Tailem Bend and everyone is in the right space in terms of getting a deal done for 2017,” he said.

“We’re also continuing our discussions with the Wagners about Toowoomba and getting some more traction with the Queensland government.

“The most likely long-term project to get up in terms of another street race is around Geelong, which has been long mooted and long discussed.

“We’ve also met with the Victorian government and there’s a genuine intent to do something there.”

Next Story ARMOR ALL Summer Grill returns for Christmas