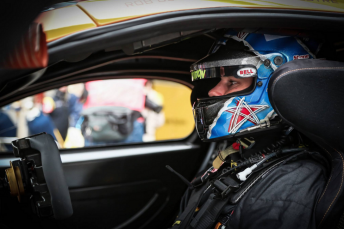 V8 Supercars stars Shane van Gisbergen and Will Davison will both be part of Tekno Autosports’ Bathurst 12 Hour effort, McLaren has confirmed.

As reported on Thursday, the V8 Supercars squad has aligned with the British manufacturer to field a two-car entry in the February GT event.

Webb has just one previous outing aboard a McLaren, co-driving with Klark Quinn in May’s Phillip Island Australian GT round.

Bathurst will meanwhile mark Davison’s debut with Tekno before he replaces Van Gisbergen in the team’s V8 Supercars Holden.

A former Bathurst 12 Hour runner with Erebus, Davison is set to be joined by another McLaren factory pilot, Rob Bell, and the firm’s young driver program member Andrew Watson.

McLaren GT managing director Andrew Kirkaldy has hinted that the Tekno alliance could extend beyond Bathurst.

The Scotsman says he’s pleased to not only link with Tekno, but see Tony Walls’ private entry in the race, which will be co-driven by Tim Slade, Warren Luff and Matt Campbell.

Tony Quinn’s Keltic Racing is also expected to run a single McLaren, although appeared without the marque attached to its entry on the full field line-up announced on Thursday.

“The Bathurst 12 Hour is one of the most fantastic races on the motorsport calendar, both for spectators and for drivers,” said Kirkaldy, who co-drive with Tony Quinn, Klark Quinn and Van Gisbergen in 2014.

“It is great to partner with Tekno Autosport; a new team on the GT grid, and having such a strong line-up of drivers in the cars, including the very talented silver-rated drivers like Andrew underlines how seriously they are approaching the challenge.

“Having being part of the 2014 line-up, I can vouch for how tough this endurance race is, but it is definitely one of the most exhilarating.

“The 650S GT3 has enjoyed a strong debut season across the globe, including in Australia, and I am really pleased to see Tekno Autosport and Objective Racing on the grid, and they will be hopefully both be pushing for the podium positions.’