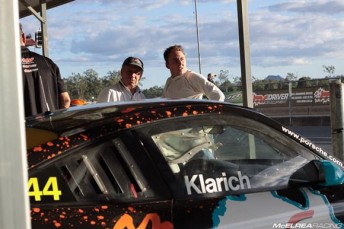 Signing up with champion squad McElrea Racing, Klarich is set to follow the path of the highly talented Queenslander Matt Campbell and James Abela.

The 20-year-old will leap into the Carrera Cup Australia feeder category fresh from competing in the Australian Karting Championship.

“I’ve been watching the series closely and, now it’s confirmed that I’ll be competing in the series next year, I can’t wait to start testing,” Klarich said.

“I’m aiming to finish the year at least on the podium. It’s going to be a very tough season with lots of competition and I’m really looking forward to the challenge.”

Team boss Andy McElrea says Klarich has the ability to make the grade in the one-make category.

“Jake has proven he has the talent and tenacity to win championships in some white-hot karting categories, so we are expecting him to enjoy a standout rookie year in GT3 Cup Challenge.”

The opening round of the Porsche GT3 Cup Challenge Australia presented by Pirelli is scheduled for Sandown from April 1-3.