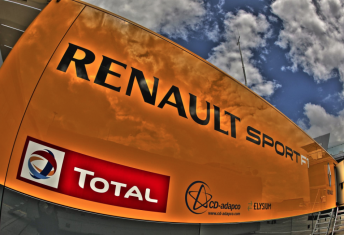 Renault are confident they will be in better shape in 2016

Renault says it will learn from its mistakes this season and will be in better shape for the 2016 Formula 1 campaign.

The French manufacturer endured a torrid season encountering a series of reliability issues and lacklustre performance from its power unit, which it supplied to Red Bull and Toro Rosso.

The extent of the issues led to a fractious relationship with Red Bull which saw the Milton Keynes outfit initially sever its ties with the manufacturer and threaten to leave the sport due to a lack of a competitive engine.

Renault has since stepped up its involvement in Formula 1 with the manufacturer running a works team next season following its takeover of Lotus.

It will also continue to supply engines to Red Bull after striking a new deal which will see the outfit run its units under the TAG Heuer brand.

Head of Renault’s F1 operations, Rémi Taffin, says that the company’s power unit is set to undergo a series of vigorous tests next month to ensure it is in the best possible shape before the season opening Australian Grand Prix.

“We can’t hide that it was a difficult season, but I think we have to see it as a glass half full, glass half empty,” said Taffin.

“This particular cocktail of problems did allow us to learn a lot and make sure that the same issues will not reoccur in the future.

“We will try to go through things in the right order and not make the same mistakes again.

“In December, the 2016 power unit we will use in Melbourne will be running in the dyno and doing endurance testing, mapping and calibration so at the end of January we can go to winter testing without any issues.

“The spec for the first race has been fixed and seems to be generally reliable, as it has run several thousands of kilometres in the dynos.

“Naturally there are some details to sort, as can be expected, but this is really only refining and we are in much better shape now than we were at this point last year, for sure.”

Renault’s alliance with Ilmor is set to continue next season with Taffin expecting more results from the partnership with the renowned engineering firm.

“They were able to bring different concepts to the table, such as a different combustion concept, and now we will continue with them into 2016,” added Taffin.

“We will continue to develop a lot in-house but with partners such as Ilmor we have a greater bandwidth and a richer experience and expertise.

“We did not see the full extent of the collaboration in 2015 for various reasons, but now they are under our control and we have a clearer direction we should see this more in 2016 and beyond.”

Previous Story Mercedes: Ferrari not in possession of documents