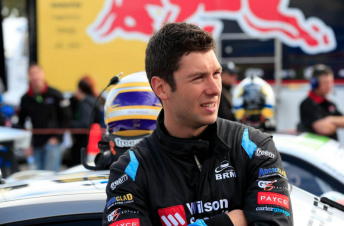 Richard Muscat will switch from the Carrera Cup to the Dunlop Series next season, joining Garry Rogers Motorsport.

Muscat is set to pilot one of two GRM Car of the Future Holden chassis that were bought by Dragon Motor Racing’s Tony Klein last year.

GRM will prepare the cars for Muscat and the team’s current Dunlop Series pilot James Golding.

The 23-year-old Muscat finished sixth in this year’s Carrera Cup with Team BRM, scoring a best race result of second.

He previously won the 2014 Australian GT Championship with Erebus Motorsport after taking out the GT3 Cup Challenge the previous year.

The previous generation GRM Holden that Golding campaigned to 10th in this year’s Dunlop Series is also owned by Klein and will be fielded under the Dragon Motor Racing banner for Chelsea Angelo.